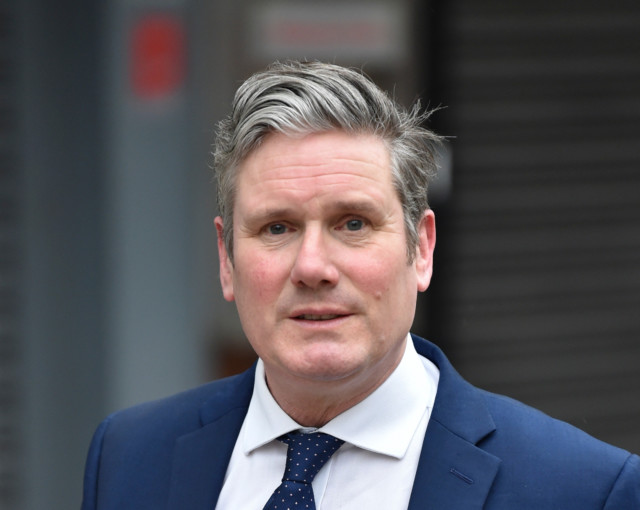 SIR Keir Starmer has been ordered to ditch an election candidate who made an “abusive” sex slur against Tory women.

Williams, who will contest the upcoming Hartlepool by-election, faced criticism from Baroness Shami Chakrabarti on the BBC’s Any Questions.

She said the “obscene” comments were “completely unacceptable, misogynistic, abusive”.

The Peer added: “We need to change that candidate immediately. By the way, I was never prouder when the Labour Party experimented with all-woman short lists. We don’t need to be replacing that policy with all-male mysoginistic shortlists or long lists of one.”

When asked whether she agreed with the leader’s view that he was an excellent candidate, the ex-Liberty director said “absolutely not”.

She added: “I am not prepared to be a hypocrite, I am not prepared to sit here and make comments about other Ministers and other political parties, and people’s good and bad behaviour. I have made my comments very clear in the past about Donald Trump and the sort of stuff he’s tweeted.”

Williams, who represented Stockton South from 2017 to 2019, has now apologised for the “inappropriate” social media comments from 2011. Meanwhile, Tory party co-chair Amanda Milling said Williams is a ‘failed former MP who has already been rejected by the people of the North East’

He said he “wouldn’t dream of making comments like this now”. Sir Keir has said the language shouldn’t have been used.

The by-election, which will likely take place in May, follows the resignation this week of Mike Hill who was facing allegations of sexual harassment and victimisation.

Tory party co-chair Amanda Milling said Williams is a “failed former MP who has already been rejected by the people of the North East”.

Did you miss our previous article…
https://www.hellofaread.com/politics/the-queen-will-open-next-session-of-parliament-in-her-first-socially-distanced-ceremony/

Labour MP forced to apologise to JK Rowling for accusing her of exploiting her...