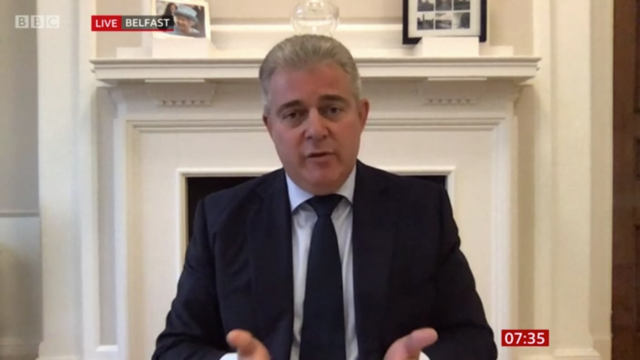 A FAMILY from Spain could visit the Lake District for a holiday, but Brits CAN’T under new quarantine travel rules, a minister has admitted.

Brandon Lewis admitted a Spanish family could go to the Lake District, but Brits couldn’t

Appearing on BBC Breakfast, the Northern Ireland Secretary was asked if a family from Spain could come on a holiday from next week to the Lake District.

He said: “As long as they are following the guidance and doing the quarantine as outlined, and giving the details to Public Health England (PHE), somebody from abroad can come to the UK but they will have to quarantine for 14 days.”

The BBC host Charlie Stayt said: “Can you understand how that sounds utterly ridiculous?

“You or I who we know have been following the guidelines cannot go away and take a break for two nights or two weeks, but other people coming in from the rest of Europe come and do exactly that.

“How does that make sense?”.

Mr Lewis again tried to defend the policy, and suggested Brits will be able to have a holiday eventually.

He said: “PHE will be checking up on this, there will be substantial fines for people who don’t follow those guidelines, they will have to quarantine – here within the UK we are gradually looking at how we can ease the lockdown measures.

“We’ve got to do that in a very managed and cautious way.” Priti Patel yesterday stuck to her guns over her hated 14-day quarantine plans – but gave hope to millions that holidays could be still on the cards with “travel corridors” or rapid virus tests at airports.

The Home Secretary has faced a huge backlash from Tory MPs and tourism bosses who believe the moves, which will come in from Monday, will harm the collapsing British travel industry and cost jobs.

Angry MPs including former PM Theresa May stood up to attack the Government over the plan before it was even revealed.

Mrs May blasted: “Instead of bringing in measures to close Britain off from the rest of the world, why is the Government not taking a lead in developing international aviation health screening standard to save jobs and ensure Britain is open for businesses?” Mass testing for kids in schools: All the places in London, Essex and Kent...

Drug binges made me sick and dirty – I’d turn up high to the...

Full list of school closures as Brits told to stay at home in sizzling...