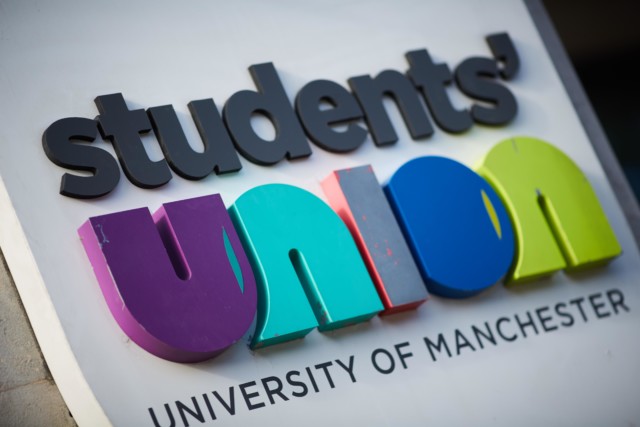 STUDENT unions are costing taxpayers £165million a year but are failing to represent undergraduates, a new report finds.

A damning study says the bodies are perceived as ineffective, lack legitimacy and undermine freedom of expression.

The organisations have worsened free speech across university campuses by banning speakers and blocking the sale of publications, the Adam Smith Institute says.

Barely half of students, some 56 per cent, believe their union represents their academic interests – despite universities overall having 80 per cent satisfaction rates.

The student union bodies should be split up into different components dealing with sports and academic functions and any political wing should be optional and only funded by students who join, the think tank propose.

Ex-Chancellor and Home Secretary Sajid Javid MP said the proud tradition of bringing students into contact with new ideas is “under threat”.

He said: “British universities are meant to be places of open debate and intellectual freedom.

“An intolerant minority is seeking to silence those they disagree with under the banner of no-platforming and safe spaces.

“Their campaign of censorship is an assault on one of our most precious and fundamental rights – freedom of speech.

“Championing students by protecting legal free speech should be one of the higher education sector’s top priorities.”

“For instance £160million could support a lot of bursaries. It is vital students have a voice but the report highlights there are also issues around the extent to which student unions represent student cohorts and their needs.”

Did you miss our previous article…
https://www.hellofaread.com/politics/baroness-bakewell-reveals-she-was-sexually-assaulted-by-junior-minister-in-a-taxi/

How Hollyoaks Kirsty-Leigh Porter kept her pregnancy news a secret – from clever selfie...

Ex-London Mayor Ken Livingstone blasted for holding up tube by ramming his foot in...