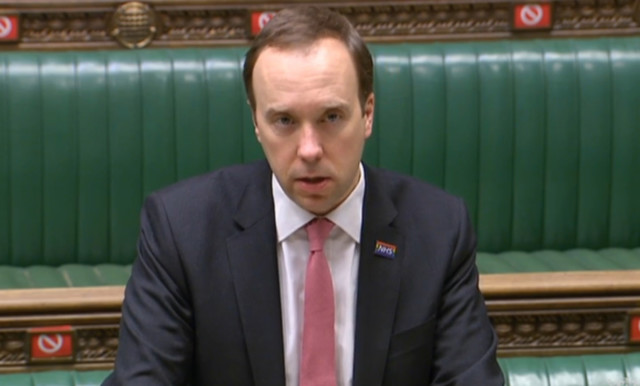 BRITISH summer holidays abroad are in doubt today after Matt Hancock suggested the hotel quarantine rules may have to last until the autumn.

The Health Secretary was asked about how long the new tough border measures might be in place for – but was unable to give a specific answer.

Brits now face a range of extra measures at the border to try and stop any new variants from coming in from abroad, including:

Tory MP Huw Merriman pressed Mr Hancock on how long the measures would likely be in place.

The contracts for hotels are advertised to run until the end of March at the very earliest.

Government sources stressed they would remain constantly under review but couldn’t give an end-date – dashing holiday hopes for millions.

Matt Hancock told the House of Commons today: “We want of course to be able to exit from this into a system of safe international travel as soon as is practicable and as soon as is safe.

“Professor JVT set out some of the details we need to see in the effectiveness of the current vaccines on the variants of concern in order to have that assurance, and if that isn’t forthcoming then we’ll need to vaccinate with a further booster jab in the Autumn on which we’re working with the vaccine industry.

“These are the uncertainties within which we’re operating hence for now my judgement is the package we’ve announced today is the right one.”

Last night Jonathan Van Tam suggested that the more elborate people’s holiday plans were, the more likely they were to get cancelled.

The Health Secretary said the easing of any measures depended on making sure the UK was safe from new variants in future, adding: “Strong protections at the border are part of defending and safely allowing the domestic opening up.

“For those of us who want to see that domestic opening up ensuring we have protection from variants that might arise overseas is an important part, until we can get to a position where we can be confident in vaccine efficacy against all variants not just against the current variants here in large numbers in the UK.”

What time is PMQs today and why do MPs stand for Prime Ministers Questions?

Priti Patel to beef up laws to crackdown on sick online paedos, scammers and...