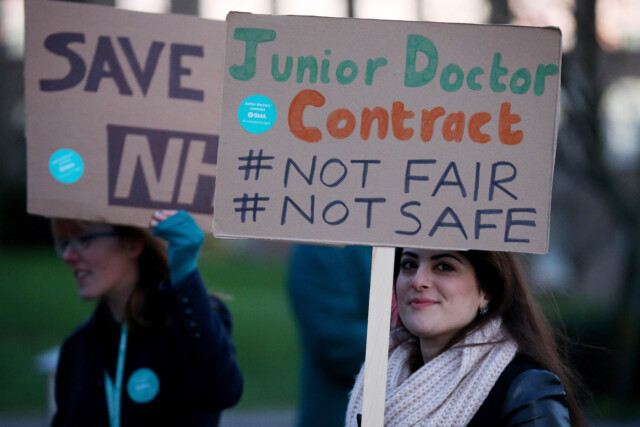 A SUMMER of strikes loom as public sector workers are set to be offered below inflation pay rises today.

Millions of nurses, teachers and police ­officers are expected to be handed increases of up to 4.8 per cent.

Millions of nurses, teachers and police ­officers are expected to be handed increases of up to 4.8 per cent (stock image)

This is a bigger pay rise than expected, but lower than the inflation-busting demands of union bosses.

No10 is braced for months of 1970s-style industrial unrest as the “summer of discontent” escalates.

Schools could stay shut, hospitals hit by walkouts and firefighters may down tools.

Inflation has already hit a 40-year high of nine per cent — and is expected to reach 11 per cent by the end of the year.

HOAR understands that NHS staff are poised to get the biggest pay offers at 4.8 per cent.

The very lowest paid will see their wages rise by up to eight or nine per cent, with the highest seeing much smaller hikes.

Ex-Chancellor Rishi Sunak had said departments could only have cash for up to three per cent — and then only if they made savings.

The extra cash will be found from within existing budgets.

The NHS is expected to have to dip into cash earmarked for the Covid backlog and develop new tech to bankroll the higher pay.

It sets the stage for more crippling strikes, with teachers threatening devastating walkouts unless they get “inflation plus” pay deals.

It comes as Boris Johnson chairs his final Cabinet.

Struggling Brits could get MORE cash to help with their energy bills, says minister...

Hundreds of beavers to be released into the wild in England to help combat...