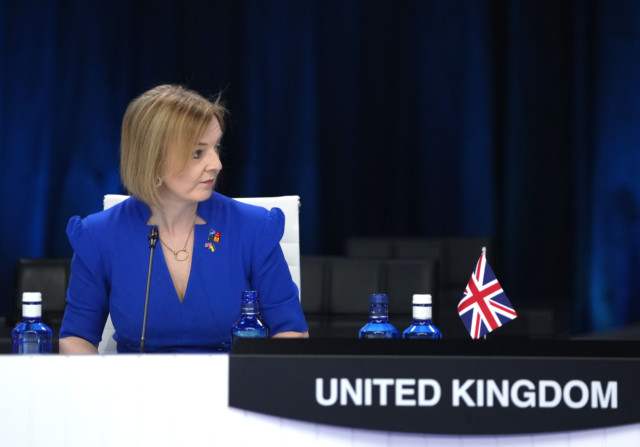 For years Taiwan has faced the threat of its giant authoritarian neighbour launching an invasion to take over the country.

Liz Truss is in Madrid attending the NATO summit

The Foreign Secretary is currently in Madrid, where she is meeting world leaders at the NATO summit.

Speaking from Spain, Ms Truss told LBC: “We need to learn the lessons of Ukraine, which is that we could have ensured that Ukraine had the defensive capability earlier and that would’ve done more to deter Putin from invading.”

The UK has strong ties with China, like it did with Russia before Vladimir Putin went mad and launched a war. Last year £63 billion worth of of goods from China were imported to Britain.

They are concerned the UK is too dependent on China.

MPs including former Tory leader Sir Iain Duncan Smith have even been banned from the country for speaking out about the issue.

Now, the war in Ukraine has led government to take threats more seriously.

Ms Truss admitted today that Britain and the West “need to do more” to help Taiwan in advance of a possible invasion.

NATO allies are discussing whether this should include sending over more military support.

Delivering military supplies would send a strong message to China: do not follow in Putin’s footsteps.

Miss Truss said: “Collectively we need to make sure they have the defence they need.” Liz Truss arrives in Madrid for the NATO summit