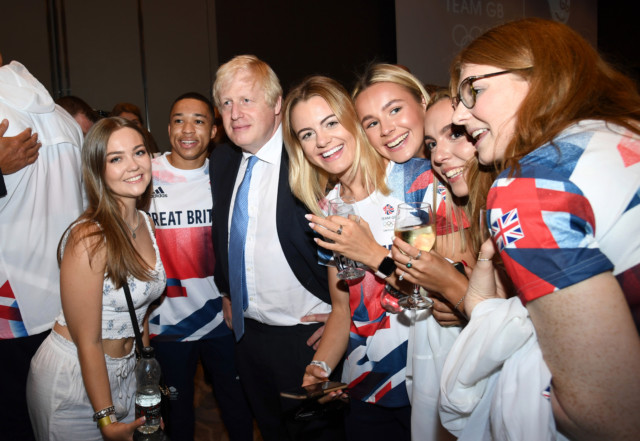 BRITAIN’s Olympic heroes were last night handed a bumper cash bonus to win more golds at the Paris games in 2024.

Boris Johnson signed off an extra £77million as he thanked Team GB for scooping 65 medals, 22 of them gold, in Tokyo.

They then enjoyed performances from Rag’n’Bone Man, Anne-Marie and Bastille.

The PM said: “Team GB showed us the very best of this country in Tokyo demonstrating sportsmanship, hard work and record-breaking performances.

“From the pool to the track to the velodrome, our Olympians gave us so many reasons to be proud, and to celebrate their extraordinary success.

“This increased funding will support Team GB to deliver their best possible performances in three years time in Paris.”

Culture Secretary Oliver Dowden added: “Despite major disruption caused by the pandemic, Team GB have brought the entire nation together and inspired the next generation of athletes.”

Did you miss our previous article…
https://www.hellofaread.com/politics/energy-suppliers-face-crackdown-over-misleading-green-tariff-claims/

When did Britain join the EU?

Dog-owner stabbed by thug who tried to snatch his 2,500 French Bulldog puppy