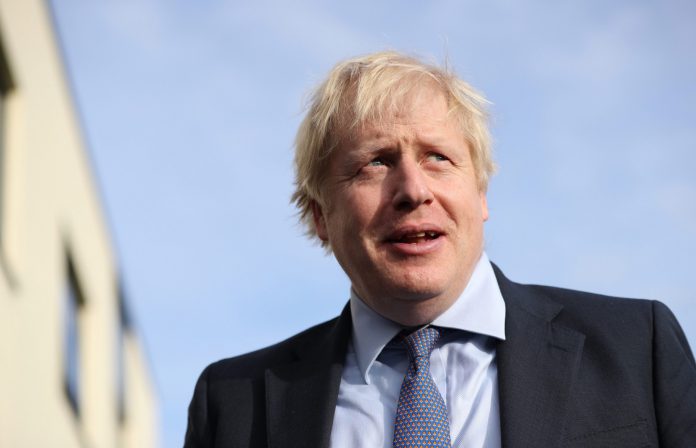 BORIS Johnson could be on track for a majority on December 12 if he manages to nick dozens of Labour seats off the Tories.

A fresh seat-by-seat poll prediction last night predicted a 68-seat majority for the PM, if he’s able to break down the Red Wall in the North of England.

Meanwhile Jeremy Corbyn is on course to lose 51 constituencies and lead Labour to the lowest result in a general election since Michael Foot in 1983, The Times/YouGov analysis showed.

The Labour party will get 211 seats under this prediction. That means 44 could be lost to the Tories.

But the margin of victory is only predicted to be five per cent – meaning just a few percent loss for Boris in the polls could spell disaster.

The biggest swings predicted are in areas with a huge Leave vote.

Six of them are marginals that have never voted Conservative before, showing the huge mountain the Tories are going to have to climb to push through.

Some of the big seats that could be won include West Bromwich East, where Labour’s deputy Tom Watson is standing down.

In Don Valley former minister Caroline Flint is stepping down, but the Tories could be on track to win that too.

And Dennis Skinner’s role of Father of the House (given to the longest-serving MP) could be at risk with his Bolsolver seat.

Two members of Jeremy Corbyn’s shadow cabinet could lose their seats too – Sue Hayman, the shadow environment secretary in Workington, and Lesley Laird, the shadow Scottish secretary in Gordon.

In Wales, the Tories are forecast to win four seats in former Labour strongholds.

The biggest gains are likely to be in the Midlands – including Dudley North, Wolverhampton North East and Wolverhampton South West.

There would also be gains in Cheshire, Nottinghamshire and Yorkshire. Meanwhile, independent Tories such as Dominic Grieve would be on track to lose their seats.

Luciana Berger and Chuka Umunna, who have defected to the Liberal Democrats from Labour, would also lose their seats in Parliament.

UK should ease lockdown from Monday & ‘see what happens’, with pubs and schools...