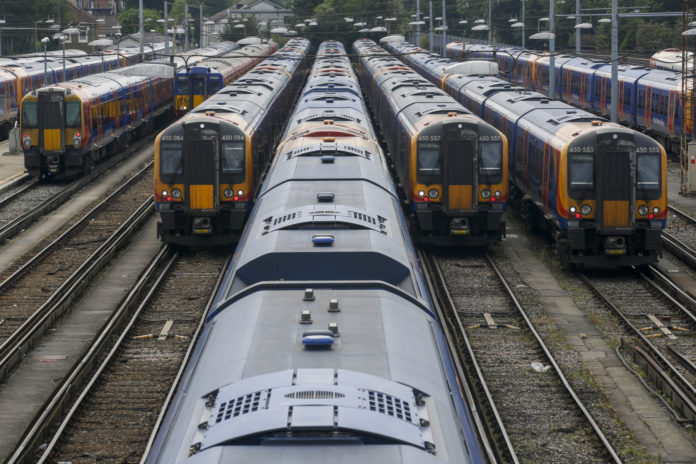 THOUSANDS of “ghost trains” are standing idle in railway sidings despite years of chronic overcrowding, a probe found.

Carriages with a combined length exceeding 20 miles are rotting away — yet passengers paying top dollar often cannot get a seat.

Researchers found that the unused trains, being held in at least six depots, contain more than 110,000 seats.

Many are sent to scrap to avoid storage costs.

Investigators say the electric-only trains have been rendered useless by the failure to electrify lines across the country.

Fewer than 40 per cent of lines in Britain are electrified — among the lowest level in Europe.

In 2017, three long-planned electrification projects were scrapped, including the Midland Main Line.

Campaigners say the idle trains represent billions of pounds of wasted cash — funded by the public twice over, through taxes and ever-rising rail fares.

Ticket prices have gone up twice as fast as wages over the last decade and, last year, overcrowding and train cancellations hit a record high.

Despite the trains lying idle, the Government plans to spend £16billion between 2017 and 2025 on new rolling stock.

Rail campaigner Fraser Pithie said: “Passengers are paying thousands of pounds for season tickets and then can’t get a seat, and sometimes can’t even get on their train.”

“Meanwhile, there are thousands of trains standing around doing nothing that, with very minor modifications, could be brought back into use tomorrow.”
“It’s scandalous, totally inexcusable”.

Among depots where the trains are being stored are Crewe in Cheshire, and Worksop in Notts. Others are standing useless at Ely in Cambs and Long Marston, Warks.

The ghost train scandal is exposed in a documentary tomorrow.

Britain’s Train Hell is on Channel 4’s Dispatches from 8pm.