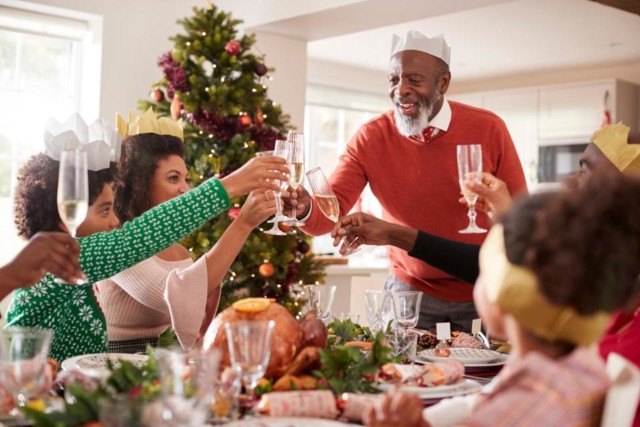 THREE households could be able to meet at Christmas under plans being discussed at this afternoon’s crunch COBRA summit.

Michael Gove is convening the UK leaders at 4pm today to try and hammer out a festive deal to save the holidays – set to include a five-day travel window.

Three households could be allowed to meet at Christmas

As first revealed by HOAR last week, leaders are working on a plan to allow people to meet up for several days over the festive period – likely the 23th or 24th to the 27th or 28th.

Three households may be allowed to meet up – and will have to form an exclusive bubble.

It’s not yet clear whether there will be an overall limit on the number of people who can mix – and whether kids will count or not.

In Wales and Scotland kids under 12 don’t count in the Rule of Six, but they do in England.

It’s also expected that there will be a relaxation of restrictions on overnight stays, and people will be allowed to travel freely.

At the moment in England and Scotland people face restrictions on travelling out of their area – and some aren’t allowed to stay overnight.

The plan is being hammered out this afternoon.

But Nicola Sturgeon said earlier that the rules may.

Queen hit by £18m hole in finances after shutting palaces to tourists because of...

Prince Harry and Meghan Markle announce their US security will be ‘privately funded’ after...

Is Prince Andrew going to the Queen’s Christmas dinner?