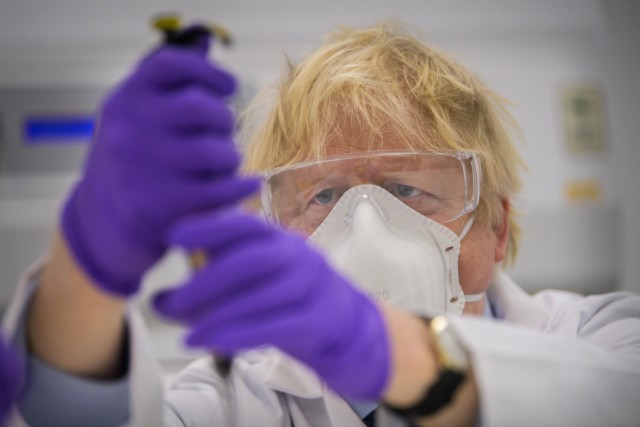 TIERS are still set to return after Britain’s national lockdown – after reports claimed it could be ditched in favour of a national approach.

No10 sources dismissed reports that the PM had made any firm decisions yet on the roadmap out of lockdown.

Boris is still set to return to a Tiered system – but

It was claimed that Boris Johnson was looking again at whether to go back to the regional approach – which he has championed in the past.

One Government insider told the Daily Mail: “We do think the tier system was effective for the situation we faced last year, but we may face different circumstances this spring.

“Tiers are still an option but we are also looking at whether it would be better to exit from lockdown on a national basis.

“It will depend to an extent on the geographical spread of the pandemic in a few weeks’ time when we will be able to see if there is still value in trying to do things on a regional basis.”

This morning No10 sources dismissed the reports of deviating from the local approach, but stressed that no decisions had yet been taken.

The PM has long favoured a regional approach as it means some areas can come out of lockdown and live with fewer restrictions.

Across the country there have been huge regional differences depending on the time they have been in lockdown – or tougher Tiers for – as London and the South East saw cases drop faster.

Tiers 1, with just rule of six and the 10pm curfew, and Tier 2, with no mixing inside, allowed for some freedoms and businesses to remain open.

Matt Hancock said on Monday Britain would head back to a tiered system when Britain finally begins to unlock – as the Sun revealed last week.

The PM said earlier this week he would reveal his route out of lockdown at the end of February – when the data was looking clearer.

But asked on Wednesday if that plan would “deal with how we lift every area out of its tier”, the PM replied it would be “a broader roadmap for a way forward for the whole country”.

He said he hoped that schools would be able to return from March 8 onwards – but couldn’t yet make a guarantee.

“Our aim will be to set out a gradual and phased approach to easing the restrictions in a sustainable way,” he said.

Schools are expected to be the first things to return, with younger kids and those in key exam years first.

Communities Secretary Robert Jenrick said on Wednesday the Government would “make use of the tiered system” when looking at their exit strategy. Secondary school pupils may have to wait until after Easter.

Then ministers are likely to look at reopening shops, followed by hospitality, if the cases remain low.

The PM also wants to be able to allow some limited mixing by Easter – but this is likely to be outdoors if it does start.

Millions of the most vulnerable Brits are on track to be vaccinated by the middle of February – meaning that three weeks after that they will receive some protection from the virus.

Only after that will be the PM look at relaxing measures.

Tory MPs have been pushing hard for reopenings from March 8 – which the PM has now said he is aiming for. Ministers have said easing the lockdown will depend on the number of deaths, people in hospital, and those testing positive for the virus falling significantly – though they have not defined specific numbers.

And it will also rely on no new variants being discoevred which could wreck havoc with the UK’s vaccine programme.

More than 7.4million Brits have got their first jab so far.

Tory HQ bombarded with over ‘14,000 letters’ telling them to stick with Boris Johnson