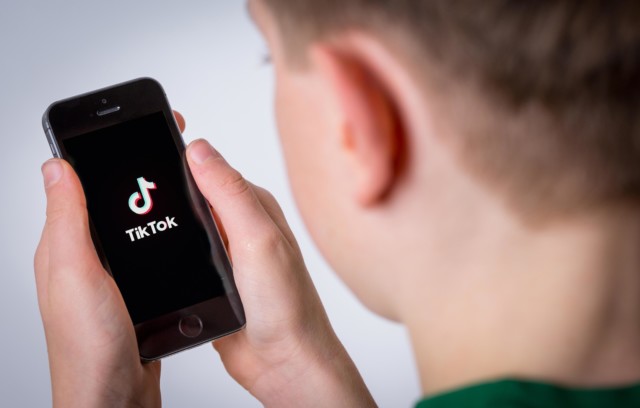 TIKTOK is being sued for billions of pounds for hoarding the private data of millions of kids.

The former Children’s Commissioner for England, Anne Longfield, is launching a bombshell legal claim against the social media giant.

She says the firm has amassed a terrifying database containing the numbers, photos and videos of millions of children without proper permission.

The multibillion pound company then flogs this data raking in huge profits, she warned.

Ms Longfield is demanding the Chinese firm cough up thousands of pounds in compensation to the 3.5 million kids across the UK and Europe who have been affected.

The company should also immediately delete the dodgy trove of data, she added.

Ms Longfield told HOAR the company must urgently face up to it its “responsibilities”.

TikTok keeps the rights and data to every video made on the platform, she said.

Ms Longfield fumed: “It is very greedy. If you touch it, they collect it. They are really exploiting children’s data online. Companies that have huge power in the lives of kids must take responsibility.”

Millions of teens use TikTok without realising they are signing away so much of their private information, she said. Ms Longfield says it has the numbers, photos and videos of millions of kids without proper permission While many under 13 year olds also use the site – even though they are meant to be barred for being too young.

These kids are in no position to consent for so much of their personal information to be given away, she said.

A TikTok spokesman said: “Privacy and safety are top priorities for TikTok and we have robust policies, processes and technologies in place to help protect all users, and our teenage users in particular. We believe the claims lack merit and intend to vigorously defend the action.”

Did you miss our previous article…
https://www.hellofaread.com/politics/david-cameron-summoned-to-give-evidence-to-mps-about-greensill-capital-scandal/

I’m A Celebrity’s Giovanna in tears as she misses out on treat from home...

Hollyoaks star Jessamy Stoddart, 27, is engaged to boyfriend Ryan O’Gorman as she reveals...