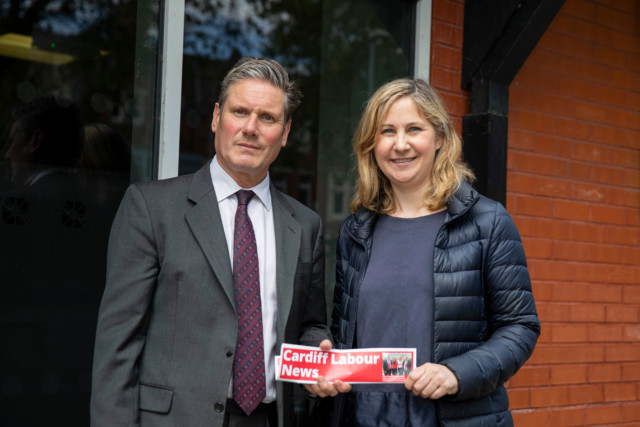 A TOP Keir Starmer ally has privately admitted a Labour government would try to undo Brexit.

She said Labour getting into office could give scope to renegotiate a closer deal with Brussels and even rejoin the EU.

She was recorded telling activists: “I hope eventually that we will get back into the single market and customs union, and who knows then.”

In 2018, Ms McMorrin resigned from the frontbench in protest at Labour’s support for leaving the single market.

She rejoined the top team after Sir Keir took over in 2020. At the Labour Communications group on June 8 Ms McMorrin was asked: “Could we ever return to the single market?”

She replied: “I really hope so.”

She added: “Customs union and single market at the very least I think, in future.”

She accepted “there is not really scope for having that conversation at the moment”, but said all that could change if Labour won power.

HOAR understands the party have since scolded her.

“We need a strong relationship with EU partners but that does not involve membership of the customs union or the single market.” He said: “Sir Keir said there wasn’t scope for major renegotiation, now Labour are plotting to rejoin in all but name.

“That would mean open-door immigration and Parliament being overruled by Brussels.”

Bank of England set to reveal negative interest rate decision today – but how...

Data watchdog chief ‘passionate’ about whistle-blowers despite raids to catch sources for The Sun’s...