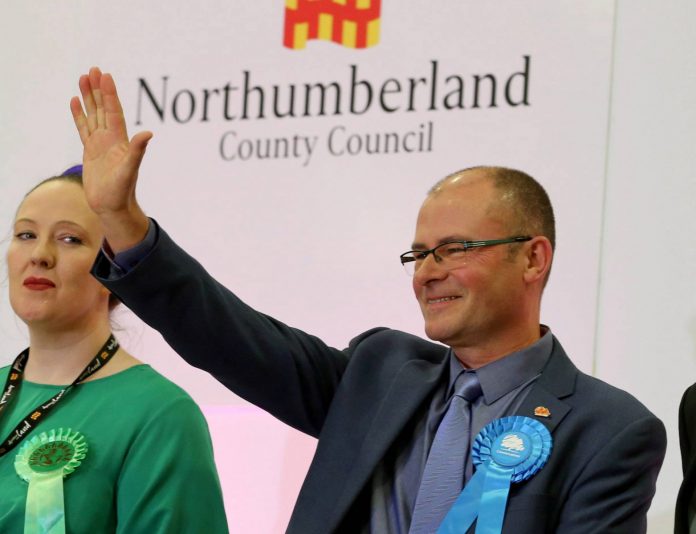 TORIES have won the Blyth Valley seat for the first time since 1950 as Boris Johnson smashes down Labour’s Red Wall.

A Labour stronghold for years, the Prime Minister’s efforts to win over the party’s traditional northern voters – typified by pollsters as “Workington Man” – are already paying off.

Conservative Ian Levy has stormed to victory in Blyth Valley

Ian Levy, the new Tory MP for the north east constituency, became tearful as he thanked his family and Mr Johnson.

“We are going to build a strong economy for the UK and do that together.”

Northumberland’s Blyth Valley hadn’t been predicted to turn blue this evening, and with dozens more seats marked as a close call, it means Mr Johnson’s victory margin could be even bigger.

And more so-called Red Wall of around 60 Labour marginals from Yorkshire to Wales, characterised by seats like Bolsover in Derbyshire and Crewe in Cheshire, could follow suit and crumble this evening.

If a new army of Red Tory voters marched to the polls today, the damage to Corbyn could be phenomenal.

How to guarantee you’ll be first in line for Xbox Series X or PS5...

I’m A Celeb’s Chris Moyles looks terrified as he skydives into camp with Olivia...

Why has Michael Barrymore quit Dancing On Ice and will he be replaced?