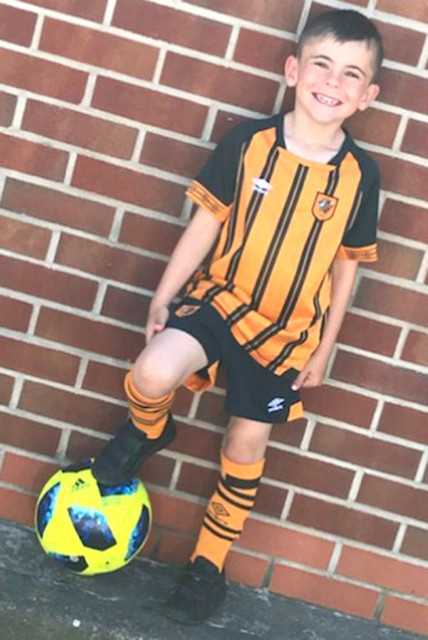 TOUGH new laws on air rifles are on the cards after a six-year-old lad was shot and killed by his great-grandad.

Home Secretary Priti Patel was said to have given “110 per cent” backing for changes at a meeting with Stanley Metcalf’s parents.

Stanley died after being shot with an unlicensed weapon owned by Albert Grannon, 80.

Mum Jenny Dees and dad Andy Metcalf had launched a petition for Stanley’s Law making it illegal for anyone to own an air rifle without a certificate.

Jenny, 41, also wants a database set up to monitor owners.

She said: “Priti Patel listened to everything I had to say. She was really supportive.

“I talked about Stanley and about the concerns around air rifles and she came up with some suggestions about what she wants to do. She’s 110 per cent backing it. I’m over the moon.”

Football-mad Stanley died in 2018 after being shot at Grannon’s home in Sproatley, East Yorks. His last words were: “Grandad, why did you shoot me?”

Grannon got three years in jail.

Policing minister Kit Malthouse said last night: “The Government is consulting on how to reduce risks in certain areas of firearms control.”

Did you miss our previous article…
https://www.hellofaread.com/politics/london-likely-to-be-put-in-tier-2-after-warnings-of-economic-disaster-as-manchester-set-to-be-plunged-into-tier-3/

Strictly fans rage at judges clear ‘favouritism’ towards finalist – but did you spot...

Meghan Markle & Prince Harry ‘forked out $400 an hour to record podcast at...