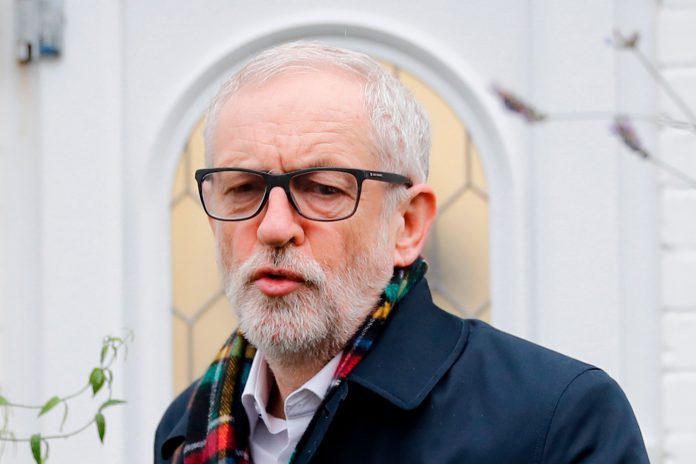 LEFTIES on social media have been derided for starting a hashtag claiming disastrous Labour leader Jeremy Corbyn’s radical policies and opinions were “right”.

After a catastrophic Labour loss, commentators such as Piers Morgan have mocked Twitter users who refuse to accept their leader was wrong in his election campaign.

Labour fans flocked to start a #CorbynWasRight hashtag on Twitter, which was trending in the number one spot in the UK today.

People with #IVotedLabour in their Twitter handles ranted that “#CorbynWasRight about so much, from the NHS to education, renationalisation to libraries, climate crisis to workers rights… How tragic that not enough people listened to him”.

Another using the hashtag claimed she “nearly cried in the supermarket” over the “brilliant policies that will now never be enacted”.

“So #CorbynWasRight is Britain’s current No1 trend. Good old Twitter, always 100% wrong about absolutely everything,” he wrote on Twitter.

Others responded to him saying “#CorbynIsGone and that’s no problem”.

One woman echoed Morgan, saying “#CorbynWasRight is trending. Of course it is. Because not only do they not understand *anything* but they absolutely, totally refuse to listen & learn. This is why they lost, & why they will keep losing – merry Christmas to the stubborn mules of Labour”.

In response to a video on the hashtag claiming Mr Corbyn has always been “on the right side of history, another Twitter user said:

“Corbyn will be remembered as the opposition leader who led Labour’s worst election defeat since 1935. The cultist tweets worshipping this failure of a man will only be remembered for comedy value. #CorbynWasRight.” Mr Corbyn’s party is in disarray after the party lost 59 seats and only won one seat it was hoping to gain.

The Labour leader has apologised for what he called a “body blow” to the party, but insisted he had “won the argument” but just “failed to convert it into a majority”.

Boris Johnson was bourne to a historic victory with a majority of 80 seats.

Many of the losses have been Labour strongholds for more than 100 years, and MPs lambasted him over his performance last night.

A leadership race will officially kick off in January, as Labour MPs including Rebecca Long-Bailey, Emily Thornberry and Keir Starmer all begin their pitches for the top job.