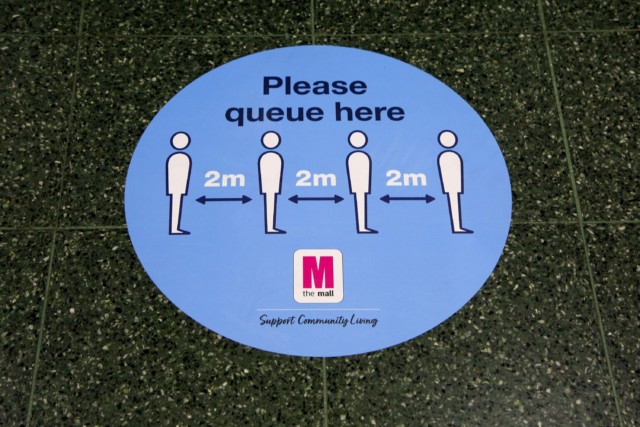 PRIME Minister Boris Johnson has plans to scrap the two-metre rule by September at the latest, according to new reports.

The new change is set to be introduced so that schools can reopen fully for the start of the new academic year. According to the Daily Telegraph, the PM has indicated to ministers that he is preparing to change the rule to the World Health Organisation’s recommendation of one-metre.

The paper reported that earlier this week, Mr Johnson told his cabinet that he wanted to scrap the rule.

Most cabinet ministers supported the idea of scrapping the rule and now there is frustration within the government that the scientific advisors refuse to budge on this issue.

Cabinet sources told the Daily Telegraph yesterday that the government might have to go against its own scientific advisers for the first time since the pandemic back if the two-metre rule isn’t dropped in the coming weeks.

A Whitehall source said: “There is a belief we will be in a possible to (reopen all schools).

“The summer break will mean we can assess the impact of the infection rate on the classrooms that we have already reopened.” Johnson has appeared to put pressure on members of the SAGE advisory group yesterday to rethink the two-metre social distancing rule.

In the House of Commons, he said: “Clearly, as the incidence of the disease comes down, as I think members of sage would confirm, the statistical likelihood of being infected, no matter how close or far you are from somebody who may or may not have the coronavirus, goes down.”

Speaking at the daily press briefing today, Mr Johnson said: “We’re going to get all schools back in September if we possible can…but it’s going to be a big summer of catch-up.

“We’re going to keep making sure that kids get the remedial help that they need for the stuff that they’ve missed.

“We do fully intend to bring all children back to school in September provided the progress we are making continues.”

Asked if he intended to relax the two-metre rule to achieve that, he said: “The level of the epidemic, though it is way, way down, is not as low as we would like.

“I think there’s a balance of risk to be stuck and I think the issue for me is how far down we can get the incidence of this disease.”

Teachers have said that it would be impossible for all pupils to return to school with the two-metre rule in place.

However, the Government has stressed that primary school kids will not be expected to stay two metres apart at all times.

Students would have to instead stay in small classes of 15 and make sure they wash their hands more.

Furious parents have lashed out as zoos and McDonald’s open but most schools may be shut until September.

Just hours after admitting kids would not all be getting the education they need, the Government unveiled plans for Zoos, Theme Parks and drive-in cinemas to open from Monday.

Children’s Commissioner Anne Longfield has now accused ministers of “furloughing childhood”, while parents lined up to voice their anger at the plans.

Children have started to go back to school across the world following the coronavirus outbreak, but Britain’s cautious approach is seeing most still learning from home.

Now furious parents have taken to social media livid that children can get fast food but not an education.

Another added: “So children can go to shop’s, McDonald’s and the Zoo, but not to school?”

In Wales, the Government plans to reopen all schools on June 29, with a third of children at most in school at any time.

And in Scotland kids will return to classrooms from August, but with only half their time at school and the rest at home. Emmerdale disgust as Jamie Tate sleeps with Belle Dingle and wife Andrea one after...

Covid news latest – Spain and US to go on UK holiday quarantine list...

Baby who nearly died in Kabul airport attack to be flown to Britain and...