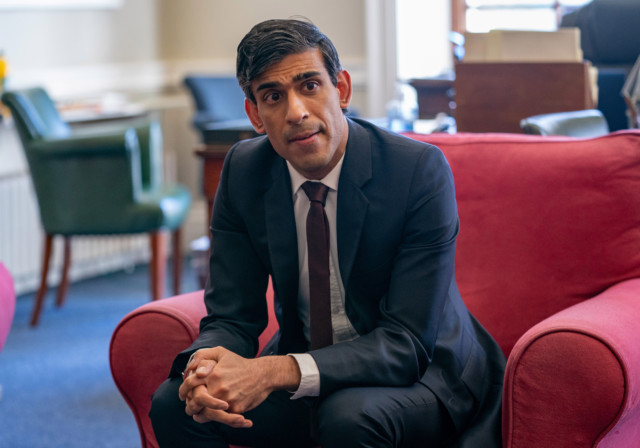 TWO million Brits will get a payrise today – with the average worker pocketing an extra £345 a year.

Boris Johnson hailed the rise in the National Living Wage, which will go up more than two per cent to £8.91 an hour.

And for the first time since it came in, the age threshold will be lowered from 25 to 23, bringing up wages for some of the least well-off.

The uplift will particularly benefit workers in sectors such as retail, hospitality and cleaning and maintenance, ministers said.

The PM said last night: “The National Minimum and Living Wages have increased every year since they were introduced, supporting the lowest paid, and despite the challenges we’ve faced recently, this year will be no different.

“That’s why we’re providing a well-earned pay rise to two million people, which will be a welcome boost to families right across the UK.

“To make sure the next generation isn’t left behind, everyone over 23 years old will also now be eligible.”

And Chancellor Rishi Sunak added: “This pay rise will help support employees as we steadily reopen the economy and get more people back to work.”

Ministers have vowed that the National Living Wage will reach two-thirds of median earnings by 2024.

Man accused of trying to harm the Queen with loaded crossbow to stand trial...

Pussycat Doll Kimberly Wyatt signs up for Dancing On Ice 2022

Kate Middleton and Prince William had a ‘marriage pact’ to take the pressure off...