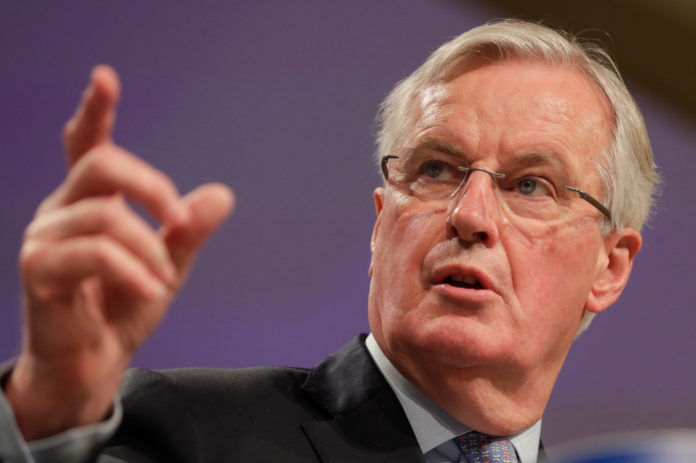 BRITAIN and Brussels were at loggerheads last night as both sides warned they are incredibly far apart after the first round of Brexit trade talks.

Michel Barnier said there were “very serious divergences” on four crucial sticking points that could sink a deal – a verdict echoed by UK negotiators.

He hit out at Britain’s demand for yearly fishing quotas thrashed out separately to an FTA, saying it can’t be granted the same terms as Norway.

But privately EU officials signalled Member States may have to soften their demands or risk being shut out of UK waters.

And he revealed David Frost told him the UK won’t commit to applying the European Convention on Human Rights or accepting any role for euro judges.

He warned: “If the UK’s position doesn’t move it will have an immediate and concrete effect on our level of cooperation.”

The two sides also fought over the structure of the deal, with the UK seeking seven separate sectoral pacts and the EU demanding one overarching agreement.

Mr Barnier said the differences between the two sides were “very, very difficult” but that a deal is still possible this year.

He added that even if there is an agreement businesses on both sides of the Channel are “underestimating” how different trading terms will be.

The Frenchman also sought to exploit the PM’s plan for a trade deal with the US, which includes commitments on not watering down standards.

He said: “I was very interested to see that there was this element of the level playing field.”

British officials involved in the negotiations said there had been “quite a degree of disagreement” between the two sides on key issues.

They accused the EU of going “well beyond” the demands it makes of other countries and that any deal would have to “reflect reality”.

On the bloc’s fisheries demands, one said: “The EU mandate effectively asks for the status quo – that is not going to happen.”

A UK spokesman said: “In areas such as fishing, governance, criminal justice and level playing field’ issues there are significant differences.

“The UK team made clear that on January 1 we would regain our legal and economic independence and the future relationship must reflect that fact.”

A source said that talks on trade in goods and services plus on transport, energy, and access to EU programmes had gone more smoothly.

He said Brussels would take “all necessary precautions” to stop officials catching the disease, which could involve talks by videoconference.

The PM’s spokesman insisted the epidemic would not impact on the negotiations or lead to an extension of the transition.

BGT dog Miracle has Holly and Phil in hysterics as it runs off camera...

Britain has seen an ‘outpouring of love and affection’ for the Queen – and...