THE UK and Australia have finalised a free trade deal worth £10 billion that will also allow young Brits to work Down Under for three years.

The agreement removes tariffs on all UK exports to Australia while making its products like Jacob’s Creek and Hardys wines cheaper here. 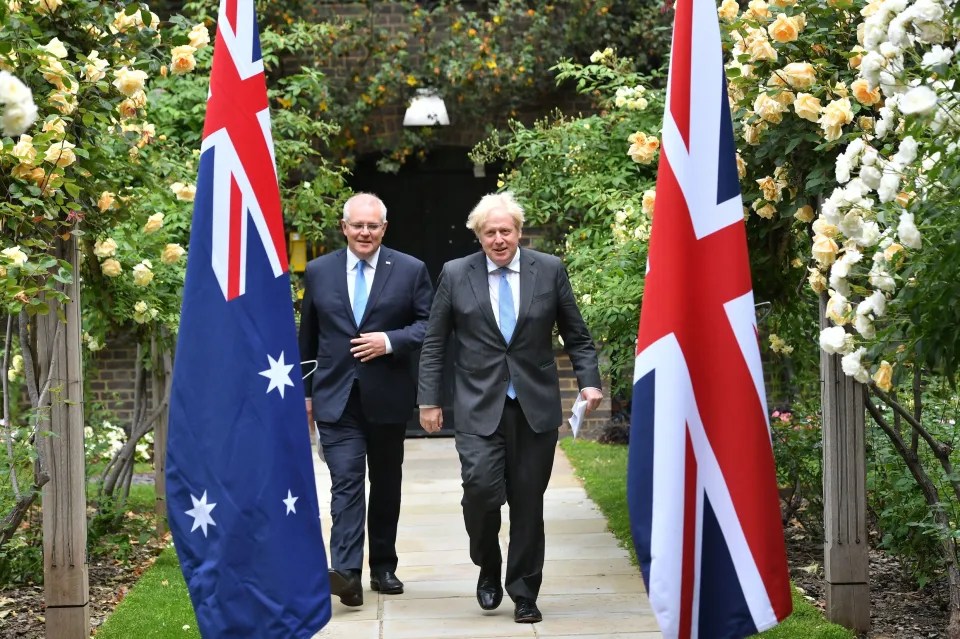 It also allows 18-35-year-olds to work and travel in Australia for up to three years at a time, removing previous visa conditions.

The deal is the first trade agreement the UK has negotiated from scratch since Brexit and comes ahead of more difficult talks with major powers such as the US.

It first agreed in principle by Boris Johnson and Australian PM Scott Morrison earlier this year.

But putting pen to paper on the final deal was delayed while sticking points, in particular protection for UK farmers, were dealt with.

The final deal was signed in a virtual ceremony by International Trade Secretary Anne-Marie Trevelyan, and will now be picked over by Parliament.

“This is just the start as we get on the front foot and seize the seismic opportunities that await us on the world stage,” she said.

Analysis drawn up by Britain and independently vetted said it would boost the economy by £2.3 billion per year and unlock £10.4 billion pounds of imports and exports by 2035.

Total goods and services trade between Britain and Australia was worth £14.5 billion pounds in the year to June 2021.

Ministers hope the deal will be a stepping stone to membership of the Comprehensive and Progressive Trans-Pacific Partnership trade bloc.

The government sees the deal as an important move away from UK trade focusing on Europe and towards growing economies in the Pacific.

But British farmers had complained when the agreement in principle was announced that it exposes them to competition from large-scale Australian meat producers.

“Notable from the outset is that the Government ‘list of benefits’ contains no mention of climate targets or the impact of the removal of import tariffs on UK agriculture,” he said.