KWASI Kwarteng last night admitted for the first time that the UK is in recession — but predicted it would be a “shallow” slump.

The Chancellor’s comments came after the huge package of tax cuts and government borrowing announced in his “mini Budget” triggered a fall in the Pound to its lowest level in 37 years.

The UK has slipped into a recession, Kwasi Kwarteng admits

Government borrowing is rising and this has spooked investors 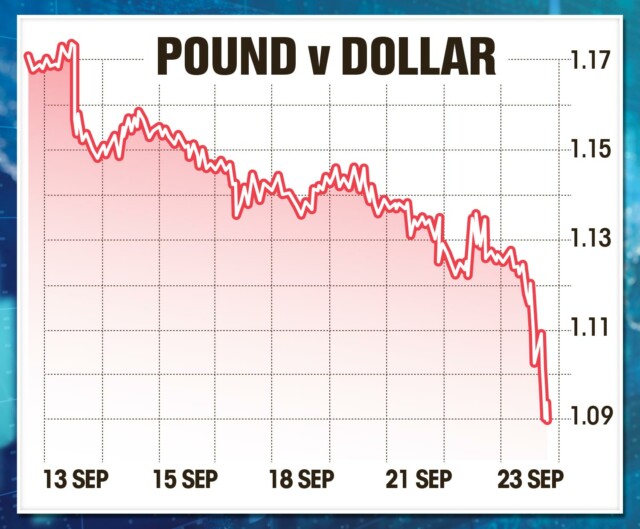 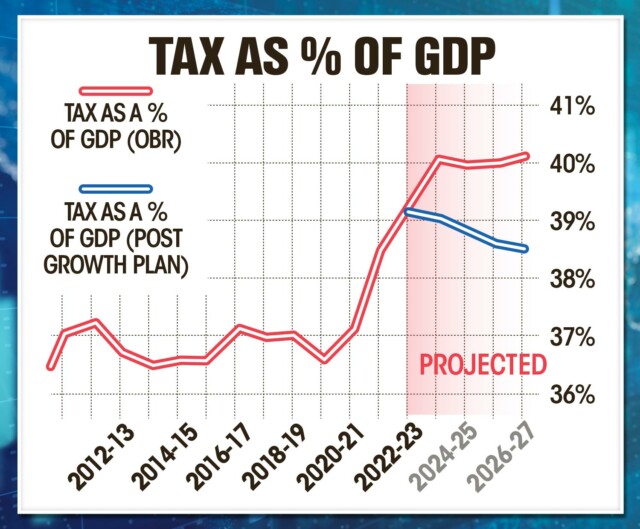 In a bid to boost growth, Mr Kwarteng is making £45billion in tax cuts, slashing 1p off income tax and abolishing the 45p rate.

It will be funded by a big jump in government debt, in the hope of jolting the flatlining economy into life.

Experts said the plan would boost growth to two per cent from next year.

Sterling suffered the biggest one-day fall since March 2020, when markets reeled at the onset of the pandemic.

At one point yesterday, the pound slid by more than three per cent to $1.09 for the first time since 1985 — the previous historic low.

Traders are now betting there is a one in four chance sterling will equal the dollar this year — which has never happened before.

The pound also fell to €1.12. Mr Kwarteng insisted his radical package — which delivered the biggest tax cuts since 1972 — would ultimately boost growth and deliver a strong economic recovery.

But he last night admitted the economy is “technically” in recession.

“I think these measures are going to help us drive growth.”

A recession will be confirmed if the economy is found to have shrunk from July to September.

And the Bank of England has been urged to raise interest rates again as soon as next week to stop the pound weakening further.

It has already raised those rates this week by 0.5 per cent to 2.25 per cent, levels last seen after the last financial crash in 2008.

Deutsche Bank analysts said there are “very strong signals” the market is no longer willing to fund the UK’s external deficit.

Analyst George Saravelos said: “We’ve been expressing our concerns about UK external sustainability for a while.

“The very large, unfunded tax cuts and other fiscal giveaways announced by the UK chancellor only strengthen our worries.”

Neil Wilson, chief market analyst at Finalto, said it was “the worst day I’ve ever seen in markets from a British perspective”.

London’s stock index of the biggest companies, the FTSE 100, also briefly tipped below 7,000 points for the first time since March, falling 140.92 points.

The fears about the ballooning of government debt comes as the cost of borrowing hit levels not seen for almost 30 years.

WoW Shadowlands release date, plot, news, rumours and more – everything you need to...

David Walliams has Britain’s Got Talent viewers in stitches as he wears his Best...

X Factor winners Real Like You reveal plans to move in together just two...