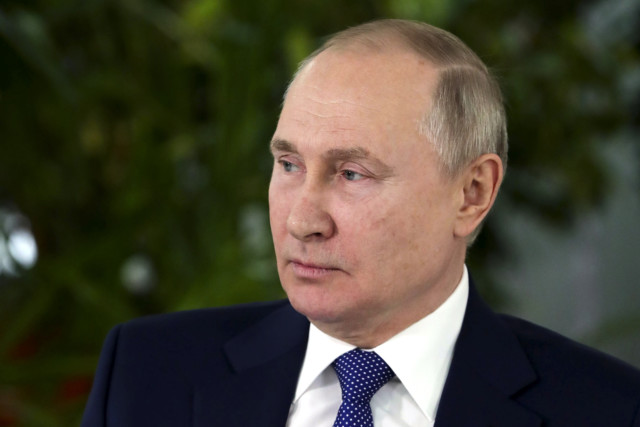 WICKED Vladimir Putin’s war on Ukraine is doomed to fail and will be his ultimate downfall, Ben Wallace said today.

The Defence Secretary said the bloody invasion has spectacularly backfired on the Kremlin despot by knackering his army and wrecking the Russian economy.

And even if the tyrant manages to capture the country there is no way he can hold it against fierce Ukrainian uprisings, Mr Wallace warned.

Russia has suffered heavy losses and the menacing 40-mile convoy of tanks is in a logjam after being lashed with strikes.

Putin still has key cities surrounded and Kyiv is bracing for an all-out siege and barbaric shelling blitz.

But Mr Wallace said: “This will be Putin’s end, this country, and so it should be because of, not only their spirit and the moral component that they have on their side – the Ukrainians – but also because it will be an impossible task to occupy such a people and a country.”

He warned the Moscow madman his time was up because of the damage done to Russia’s standing in the world.

Putin can constitutionally stay in power until 2036 and would be exceptionally hard to oust in a coup.

But the Tory Cabinet Minister said: “Whatever we think about President Putin, he is done.

“He is a spent force in the world. No-one will be taking his phone calls in the long term.

“He is reducing his economy to zero, because the international community has decided that is absolutely unacceptable, what he’s done.

“So he is a spent force in the world and I don’t know whether he thinks that’s a clever thing to be, but that diminishes his own country in the world and he has to take responsibility for that.”

Did you miss our previous article…
https://www.hellofaread.com/politics/patients-waiting-18-months-for-nhs-treatment-can-go-private-for-free-in-plans-to-cut-covid-backlog/

Has Rishi Sunak got what it takes to fix broken Britain? He’s talked the...

Boris Johnson ‘furious’ at being ‘bounced’ into 2nd Covid lockdown after ‘confusing’ data from...

Racing Gossip: Trackman is back with the latest paddock talk as he lines up...