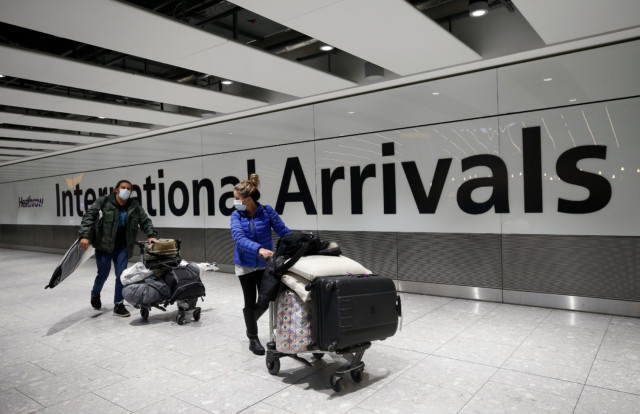 BRITAIN’S quarantine hotels will fail to stop the spread of Covid because the rules are too lax, scientists have warned.

Travellers from 33 red list countries will be allowed out of their rooms to enjoy the fresh air and even pick up room service in the £1,750 self-isolation centres – if staff deem it safe.

Britain’s quarantine hotels will fail to stop the spread of Covid because the rules are too lax, scientists have warned

Aussie experts lashed the plan, warning that the rules are far less strict than then ones Down Under and “very risky”.

The stark warning came as the Australian state of Victoria was plunged back into lockdown after a coronavirus outbreak tore through a quarantine hotel.

But Downing Street has insisted its hotel quarantine policy is “in line” with other countries despite the warning.

Professor Michael Toole, from the Burnet Institute in Melbourne, Victoria, said rules in Australia had to be strengthened to reduce the chance of airborne transmission of the virus.

When asked about people being allowed to leave their rooms in England’s quarantine hotels while accompanied by guards, he said: “We’ve learnt that that is a very risky procedure.”

It will be up to individual hotels to decide on the exercise rules and the Department of Health said hotel staff will have access to regular testing and suitable PPE.

A No10 spokesman said: “They are in line with other countries who are taking this approach.

“We require repeat testing, travellers to quarantine inside their room for 10 days and we have strict penalties in place for anyone who fails to comply.”

He said travellers are allowed outside for exercise “with permission from hotel staff”, but stressed that the list of exemptions to staying inside the hotel room is “quite limited”. It comes as tough border measures will be here “for some time” according to ‘Professor Lockdown’ Neil Ferguson.

He told Politico’s Westminster Insider podcast, said there would need to be “some degree” of border measures – either quarantine or vaccine passports – some some time.

He said: “I suspect those will persist for longer because unfortunately, the rest of the world, particularly low and middle-income countries, are going to be many months, if not years, behind the UK in terms of getting high levels of vaccination coverage.

“So just as one needs a yellow fever vaccine certificate to go to many countries in the world, it may become routine to have a requirement for a covid vaccination certificate.”

And Home Secretary Priti Patel confirmed Britain is working on a system of vaccine passports to open up travel. She said ministers are working with the WHO, international travel bodies and Five Eyes partners to set up a comprehensive system to allow vaccinated people to travel once they have been jabbed.

She said: “We have to work with partners around the world.”

Downing Street said: “There may be an international system where countries will want to know if people have had a vaccine or a test before flying and it’s also a fact that some countries already asked for evidence of covid vaccinations before granting entry.”