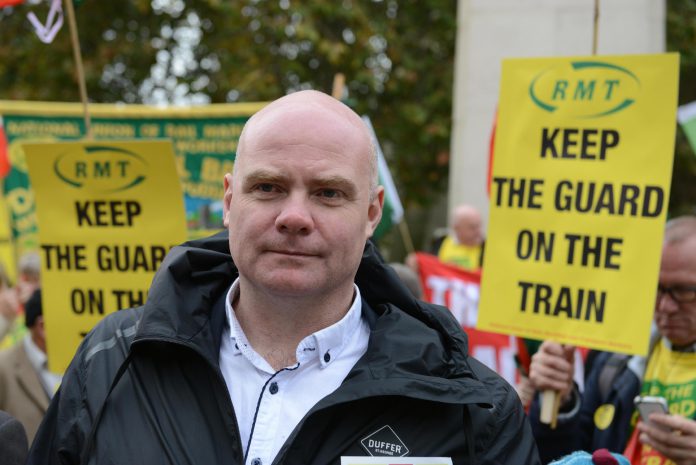 A RAIL union boss leading strikes bringing Christmas misery for commuters claims he is the victim.

Steve Hedley, who earns 100,000 a year as senior assistant general secretary of the RMT, is facing an anti-Semitism investigation but has claimed he is being targeted in a witch-hunt.

In a rant to his thousands of followers on Facebook, the close ally of Jeremy Corbyn compared his situation to the Salem witch trials.

It comes as the union confirmed its members at South Western Railway will walk out from today in a long-running dispute over guards on trains. The action will take place over 27 days until New Years Day.

Mr Hedley is under investigation by Labour. It is not clear what he is accused of but he has been filmed yelling, You are a modern-day Nazi at a Jewish activist.

In his rant, he said trolls were trawling Facebook in an organised effort to find evidence of anti-Semitism.

Referring to the 17th century witch trials in Massachusetts, he added: The fact that sections of the Labour Party are participating in this witch hunt, which has parallels with Salem and is close to McCarthyism, is an absolute disgrace.

The SWR strike could halt half of its timetabled services but the company has called them unnecessary.

Call of Duty Warzone now has SECRET gas mask that lets you survive for...

Letting civil servants obstruct and undermine the democratically elected Government is an insult to...