UNION barons will be forced to put employer pay deals to their members in a vote during strikes under new laws. 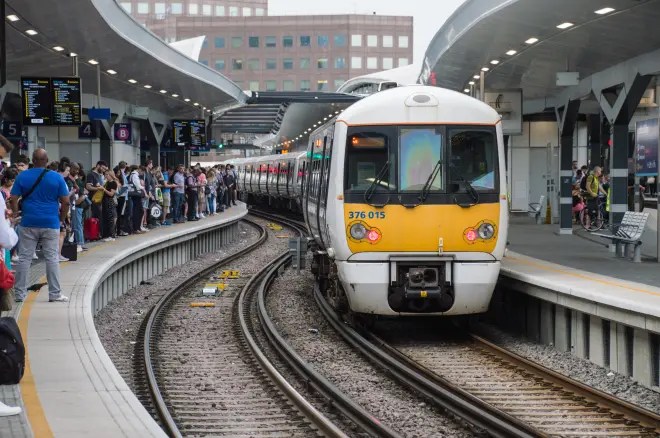 Ministers are increasingly concerned that pay packages are being rejected by hardline union bosses without the consent of their members.

The new law which could be in place by next Spring will hopefully bring about an end to disagreements more easily, Ministers believe.

The move comes after the RMT turned down an 8 per cent offer from Network Rail which led to chaotic strike action this summer.

A Treasury source said last night: “The Chancellor wants to inject a healthy dose of democracy into trade unions.

“It is absurd that union chiefs can extend strike action by rejecting pay offers without consulting their members. We are going to bypass the barons and let the people decide.”

The announcement comes as train drivers’ union Aslef  will cause major disruption for MPs and delegates travelling to and from  the Tory party conference next month.

Mr Kwarteng will also set out plans for minimum service levels to run across the rail network when strikes are taking place.

In his role as Business Secretary, a new law was put in place to allow firms to hire agency workers to fill gaps in staff rotas caused by strikes.

The maximum fine for an unlawful strike has also risen from £250,000 to £1 million for the largest unions.

Emmerdale fans desperate for Cain and Harriet reunion as Will discovers the truth about...

Half a million Brits are set to miss out on summer holidays amid passport...

I woke up screaming about my baby being stolen after traumatic birth but I’d...