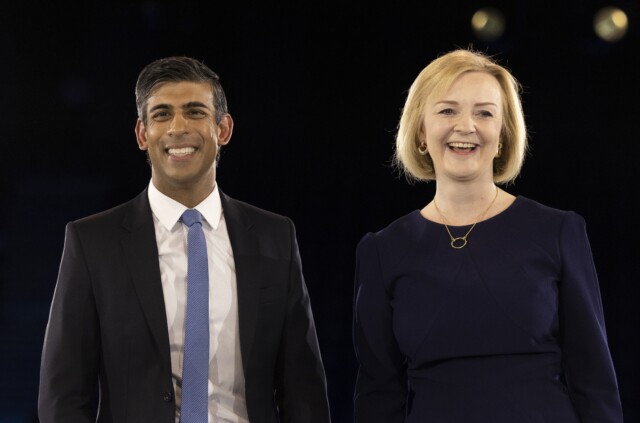 VOTING for the next PM finally closes TODAY at 5pm, as the wannabe Tory leaders make last ditch pleas for support.

The race to Downing Street officially kicked off on July 12.

Now, 52 days later, it finally draws to a close.

Following MP-only voting rounds that whittled down eight original candidates to just two, card carrying Conservatives have had since July 21 to vote for Rishi Sunak or Liz Truss to be the next PM.

The pair spent six weeks travelling across the UK, making policy promises, speeches, battling head-to-head at hustings and attending meet-and-greets, all in a bid to woo voters.

Tory members each got one vote, which could be sent in at any time by post or online.

While polls at 5pm today, the result won’t be announced until next Monday.

Ms Truss is hot favourite to win the contest, with polls consistently placing her more than ten points ahead of rival Mr Sunak.

But the underdog said he still thinks he’s in with a shot.

Today he said: “I have been humbled to meet so many thousands of our brilliant members and activists over the past six weeks.

“A vote for me is a vote to grip inflation, support people through the winter and lay the foundations for generations of growth and prosperity to come. As Prime Minister, I will be bold, I will be brave and I will run an honest, serious government to restore trust, rebuild our economy and reunite our country.”

PM Boris Johnson yesterday vowed to give his “unqualified support” to his successor.

But he also said he planned to “really get on with life” when he leaves No10.

The next Tory leader faces tackling the cost of living crisis as the most pressing priority.

Did you miss our previous article…
https://hellofaread.com/politics/football-fans-targeted-in-latest-wave-of-rail-strikes-with-network-effectively-shut-down/

Seven in ten Brits believe workers must return to the office to avoid devastating...