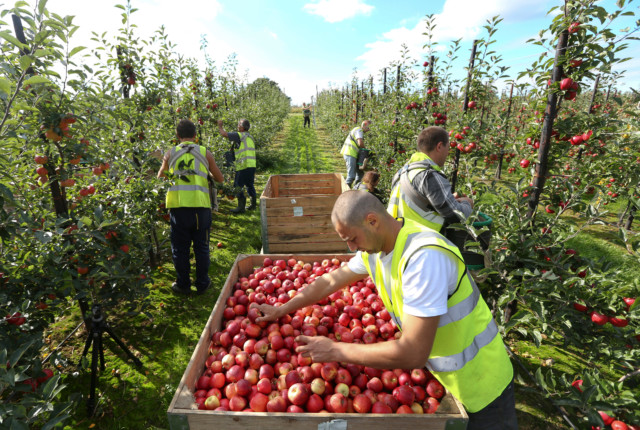 THE GOVERNMENT was left red faced last night after their new website urging Brits to join a new Land Army crashed within seconds of launching.

But people hearing his message and logging on were met with a message saying “service is not available”.

Begging furloughed Brits to roll up their sleeves to get the harvest in, Mr Eustice said it will be a chance for them to pick up a pay cheque.

He said: “Every year large numbers of people come from countries such as Romania or Bulgaria to take part in the harvest, harvesting crops such as strawberries and salads and vegetables.

“We estimate that probably only about a third of the people that would normally come are already here, and small numbers may continue to travel.

“But one thing is clear and that is that this year we will need to rely on British workers to lend a hand to help bring that harvest home.”

Did you miss our previous article…
https://www.hellofaread.com/politics/michael-gove-says-brussels-must-ditch-ideological-brexit-stance-for-the-good-of-the-coronavirus-battered-world-economy/

Meghan Markle news – Meg is ‘ANXIOUS to prove herself’ as Sussexes need to...