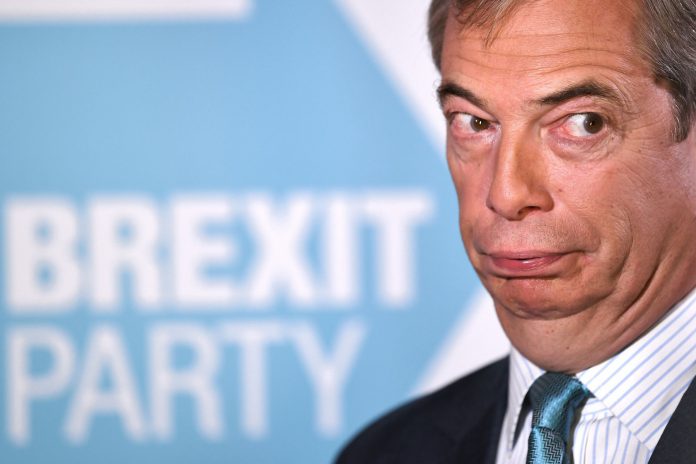 NIGEL Farage founded of the right-wing Brexit party as a new political movement in an attempt to fight back against the betrayal of democracy by Theresa May.

But here’s what you didn’t know about the Brexit Party leader and how much he’s worth.

How old is Nigel Farage and what’s his background?

He was educated atDulwich College, a public school in South London.

His father Guy, a stockbroker, was reportedly an alcoholic who left the family home when Nigel was five.

Nigel did not go to university, insteadgoing to work in the City trading commodities at theLondon Metal Exchange.

His City career lasted more than 20 years, even after he was elected to the European Parliament.

Mr Farage was one of the founder members of Ukip in 1993, and became an MEP for the South East region in 1999.

He is one of the assembly’s most outspoken members and has regularly clashed with the EU establishment.

He declared “independence day” after the UK voted to leave the EU on June 23 that year, then stood down as party leader.

What is his net worth?

The numbers for Mr Farages net worth is not currently known, as the latest figures on his net worth are from 2017.

Mr Farage is estimated to be worth around 2.5million, according to an IB Times report.

A more recent Guardian report in May 2019 said Mr Farage added nearly 400,000 to the company Thorn in the Side Ltd, of which he is the sole director.

The company was recorded to have assets of 548,573 for the year to May 2018, according to files submitted to Companies House.

He pockets around 26,900 a month from the media company.

Mr Farage also used to employ his wife Kirsten as a secretary on 27,000 a year until MEPs were banned from paying family members.

She then went to work for another Ukip MEP.

In an interview with the Mail, he said: “Theres no money in politics, particularly doing it the way Ive done it 20 years of spending more than you earn.

“I have big expenses lots of kids to pay for and things like that.”

Who is Nigel Farage’s wife?

He apparently splits his time between the Kent family home and his London pad.

But Mr Farages wife said in February 2017: My husband and I have lived separate lives for some years and he moved out of the family home a while ago.

This is a situation that suits everyone and is not news to any of the people involved.

In December 2017 Mr Farage announced he and his wife had seperated, saying he’s “separated and skint”.

On top of this the politician’s apparent messy love life sawformer aideAnnabelle Fuller claim she and Farage had a “decade-long affair”which was hushed up so not to “derail Brexit”.

In an interview with theDaily Mail the dad-of-four lamented the price paid by his family for his single minded obsession to pursue Brexit.

He said: “I think Ive just been pretty obsessed fighting this cause to the detriment of almost everything else. For the past ten years, its been a seven-day-a-week obsession and everything else has fallen into second place.”

His children appeared to be top of that list as he added: “My kids could have had a bit more of me.”

The politician revealed his children from two failed relationships have paid the price of the Farage surname as the country clashed over Brexit, adding that the attention they’ve attracted has been “unfair”.

Emmerdale shock as Luke Posner admits to having an ex boyfriend but demands Ethan...

Inside Queen’s drawing room with portraits of dead relatives, mini roses & carpet which...

Love Islands Sophie and Connor head out on first date after fans cringed at...

Who is Koo Stark and where is she now? Prince Andrews ex-girlfriend, actress and...