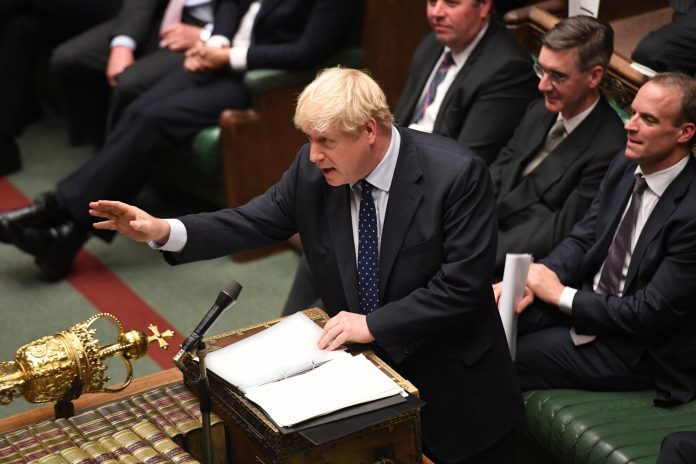 BORIS Johnson has done what many of his critics said he couldn’t be bothered to do – negotiated a Brexit deal with the European Union.

But there are more steps the PM has to take to ensure Britain leaves before the October 31 deadline to meet his “do or die” pledge. His next Brexit showdown is on Saturday.

What is Super Saturday?

Prime Minister Boris Johnson faces a Brexit showdown with parliament on Saturday after clinching a last-minute divorce deal with the European Union that his Northern Irish allies oppose.

European Commission President Jean-Claude Juncker tweeted this morning: “We have one! It’s a fair and balanced agreement for the EU and the UK and it is testament to our commitment.”

Mr Johnson said: “This is a deal which allows us to get Brexit done and leave the EU in two weeks’ time.

“This new deal takes back control.

“We will leave the EU’s customs union as one United Kingdom and be able to strike trade deals all around the world.”

European leaders unanimously endorsed the deal, before formally sending it back to the British Parliament to get it approved at a special session.

Described by opposition MPs as “super Saturday”, it will see the Commons vote on the PM’s Brexit deal.

When was the last time Parliament sat on the weekend?

In an extraordinary Saturday sitting, the first in 37 years, parliament will vote on approving Mr Johnson’s deal.

Parliament will sit from 8.30 GMT on Saturday October 19 – the first time since April 3, 1982 when it discussed the Argentine invasion of the Falkland Islands.

Mr Johnson will make a statement to MPs, followed by a 90-minute debate and then the vote.

If approved, the PM can proceed with his plan to leave the EU on October 31.

If rejected, he may seek approval to leave the EU without a deal on that day.

Can the House of Commons sit on a Saturday?

Although it is possible, weekend sittings are very rare.

The House has only sat on four Saturdays since 1939:

The Queen has been forced to ‘give up horse-riding’ in lockdown and has been...

Illegal drone within 10ft of crash with private jet used by Prince Harry and...