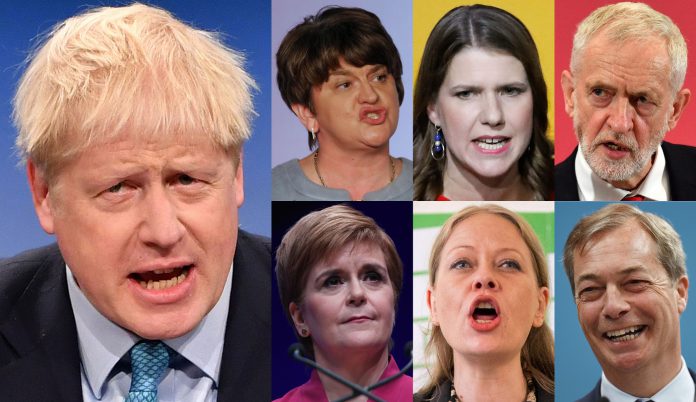 TONIGHT the leaders of the Conservative party and the Labour party go head to head in a televised debate on ITV – but afterwards the baton will be handed to smaller parties in one-to-one interviews with Nina Hossain.

But what time is it on? Read on to find out everything you need to know.

How can you watch the ITV debate and when is it on?

The interviews will be conducted by Nina Hossain, with the main event – the debate – hosted by presente Julie Etchingham.

After the debate has aired, there will be a multi-party debate where representatives from theConservatives,Labour,Liberal Democrats,Brexit Party,Scottish National Partyand the Green Party will all be able to comment on it.

Leaders from the Lib Dems, Green, SNP, and The Brexit Party will be quizzed by Nina Hossain

What will be discussed?

Party leaders, Jo Swinson of the Liberal Democrats, Nicola Sturgeon of the SNP, Nigel Farage of The Brexit Party and Sian Berry from the Green Party will be questioned.

It will give them a chance to discuss the debate as well as their own party policies.

Boris Johnson responded to the announcement of the debate by tweeting: “Looking forward to making the positive case to the country that we should #GetBrexitDone & deliver on the people’s priorities – #OurNHS, schools, tackling crime & the cost of living.”

And Labour leader, Jeremy Corbyn tweeted: “This is a once in a generation election.

“So it’s welcome that Boris Johnson has accepted our challenge of a head to head TV debate.

“The choice could not be clearer: Boris Johnson’s Conservatives protecting the privileged few or a Labour government on the side of the many.”

When are the other leaders’ debates?

TV General Election coverage will include:

Coronavirus drug facts: From hydroxychloroquine to favipiravir and ibuprofen – what we know

Meghan Markle latest news – Baby ‘will be named Diana in tribute to Prince...