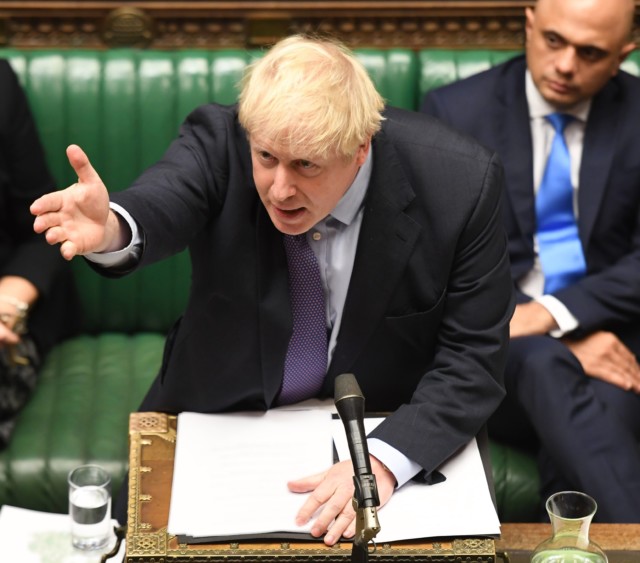 BORIS Johnson is hosting Prime Minister Questions today and will be quizzed on government goings-on by members of parliament.

The event takes place weekly and sees the PM grilled by government officials.

Prime Minister’s Questions is held every Wednesday at noon while the House of Commons is sitting.

During this time the PM will spend around half an hour answering questions from MPs.

The first formalised structure of PMQs was two 15-minute sessions on Tuesday and Thursday afternoons.

This was changed by Tony Blair shortly after he took office in 1997 to one half hour session on Wednesdays. How to watch PMQs?

PMQs has been filmed since 1989 and has been broadcast live since 1990.

It is shown live in the UK on BBC Two and BBC Parliament TV which can both be watched through the iPlayer.

Outside Britain, it is also notably broadcast on the US cable network C-SPAN.

PMQs is also being live-streamed on this page.

Why do MPs stand up for PMQs?

It is to attract the Speaker’s attention as they hope to ask a question.

Many of the questions have been pre-booked, but there are still supplementary slots up for grabs.

The first question is normally asked by a government MP who will ask the PM if “she/he will list his/her engagements for the day?”

That is usually met with the response: “This morning I had meetings with ministerial colleagues and others. In addition to my duties in the House, I shall have further such meetings later today.”

This is then followed by six questions from the Leader of the Opposition and then two from the leader of the third largest party.

Other MPs can then also ask questions of the PM.

Did you miss our previous article…
https://www.hellofaread.com/politics/no10-rules-out-huge-5p-fuel-tax-hike-to-pay-for-coronavirus-after-fury/

What will Meghan Markle do after her best friend Jessica Mulroney was accused of...

Some 25,000 Brits were killed by Covid because Boris Johnson delayed the latest lockdown,...