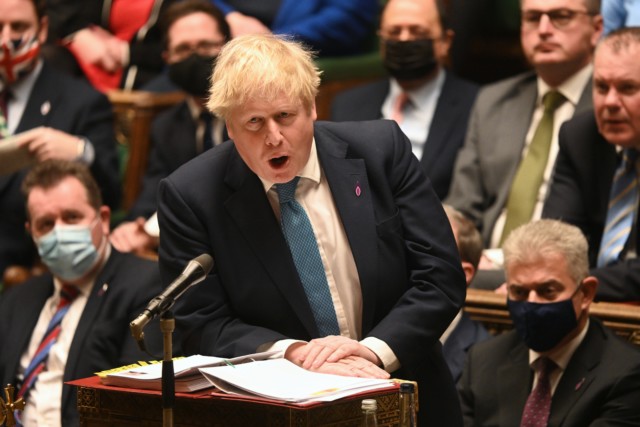 Prime Minister Questions are an opportunity for government officials to grill Boris Johnson on government goings-on.

But when does it take place and how can you watch it? Here’s all you need to know…

What time is PMQs?

Prime Minister’s Questions is held every Wednesday at noon while the House of Commons is sitting.

During this time the PM will spend around half an hour answering questions from MPs.

The first formalised structure of PMQs was two 15-minute sessions on Tuesday and Thursday afternoons.

This was changed by Tony Blair shortly after he took office in 1997 to one half hour session on Wednesdays.

In November 2020, Boris Johnson made history by taking the first ever virtual PMQs over a videolink.

He lead the session after self-isolating in Downing Street during the coronavirus pandemic.

How to watch PMQs?

PMQs has been filmed since 1989 and has been broadcast live since 1990.

It is shown live in the UK on BBC Two and BBC Parliament TV which can both be watched through the iPlayer.

Outside Britain, it is also notably broadcast on the US cable network C-SPAN.

How long does PMQs last?

The Prime Minister answers questions from MPs in the Commons every sitting Wednesday from 12pm to 12.30pm.

The session normally starts with a routine question from an MP about the Prime Minister’s engagements.

The MP can then ask a supplementary question on any subject.

Following the answer, the MP then raises a particular issue, often one of current political significance.

The Leader of the Opposition then follows up on this or another topic, being permitted to ask a total of six questions.

They are the only MP who is allowed to come back with further questions.

Love Island’s Gabby Allen sunbathes in a bikini in the park after it’s revealed...

Boris Johnson ‘at odds with Dominic Raab over fears more sanctions against China will...

No10 desperate to avoid ‘extended‘ national lockdown but warn it could happen if virus...

Love Island’s Jamie Clayton warns summer series wannabes only to sign up ‘if they...