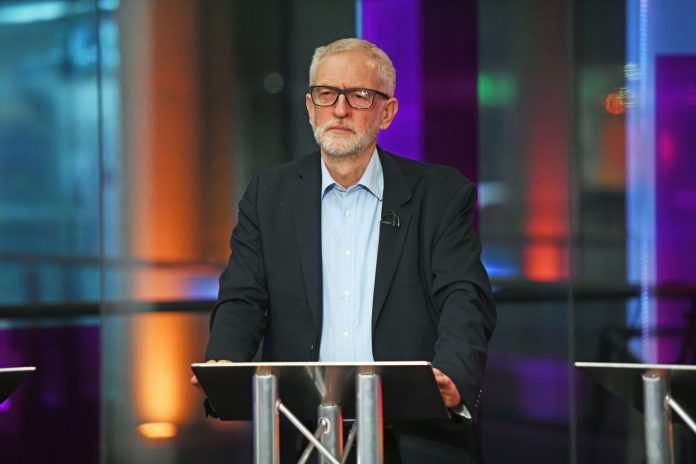 LEFTIE leader Corbyn has said he won’t be leading Labour into the next election after a crushing defeat by Boris Johnson.

Here’s everything you need to know.

When is the Labour leadership election?

The race will officially kick off in the new year, with thenext boss set to come into office by March.

Wannabe candidates are already hard at work bidding for the top spot.

The stakes are high for the party after Corbyn’s failure to secure dozens of safe seats across the country and the alienation and disillusionment of many voters.

A new leader will aim to claw back Labour’s losses following the December election last year.

Who are the candidates?

Would-be candidates are riled and ready to go head-to-head.

The lefty hopefuls have been getting straight to it, with some even accused of exaggerating humble beginnings in a bid to appeal to grass-roots members.

Here’s a breakdown of the hopefuls:

The millionaire barrister is currently tipped as the favourite to replace Jeremy Corbybn.

The shadow Brexit secretary was a human rights lawyer before becoming an MP, and co-founded Doughty Street Chambers in 1990.

In 2014 he was awarded a knighthood for “services to law and criminal justice,” although he prefers not to be referred to as “sir”.

In September, a recording, published by HuffPost UK,exposed the divisions between Mr Corbyn and frontbenchers – including Satemer –who have tried to oust him.

The pair have repeatedly clashed overBrexitpolicy with Sir Keir wanting the party to push harder for asecond referendum.

Speaking to business leaders in Sunderland, Mr.Starmer said: Im well aware from discussions around the United Kingdom and door-knocking and campaigning and canvassing, that a lot of people think we would do better with a different leader.

In an interview withThe Guardian, Mr Starmer said: “The case for a bold and radical Labour government is as strong now as it was last Thursday [the 2019 General Election]”.

He added that Labour’s values include opposing the moral injustice of poverty, inequality, homelessness while advocating for internationalism and human rights”.

The Salford and Eccels MP confirmed at the end of December she is considering running for the Labour leadership.

The shadow business secretary blamed the party’s “compromise solution” on Brexit, as well as a lack of trust among voters, for its defeat.

Writing in the Guardian, she said Labour’s policy on Britain’s EU membership “satisfied too few”, but insisted the party’s policy agenda was popular.

She claimed Labour “can win again” but said the party must first “come together”.

On her website, she describes herself as a proud socialist and Manchester United fan.

Lisa Nandy is the Labour MP for Wigan who served on the Shadow Cabinet from September 2015 to June 2016.

She was born in August 1979 in Manchester to mum Luise the daughter of Liberal Lord Byers and Marxist academic Dipak Nandy.

The Manchester born and raised MP threw her hat into the ring in December, saying she wanted to help rebuild the Labour party that let down constituents in northern leave-backing seats.

Ms Nandy told the BBC she would make it her mission to “bring Labour back to (the people)”.
Yvette Cooper

Yvette Cooper is a Labour politician who has been MP for Normanton, Pontefract and Castleford since 2010 – she’s also married to Ed Balls.

Back in February it was rumoured the politician, who was elected as an MP in the same year as Tony Blair became Prime Minister, would be ousted from the party by a wave of left-wing activists who had flooded Labouras leading MPs, including Cooper were “furious at Jeremy Corbyns failure to get a grip on the anti-Semitism crisis or publicly campaign for a second referendum”.
Jess Phillips

The outspoken MP for Yardley has joined the leadership race, vowing to help “rebuild” the Labour party.

She said she was “heartbroken” as a number of Labour strongholds fell to the Tories to give them a majority government.

Corbynista Clive Lewis has vowed to be even more radical than Jez if he wins.

Mr Lewis, one of John McDonnells deputies in the shadow treasury team, has been asking trade unions if they will back his leadership bid.

It’s reported that party moderates are delighted at the news as they think it will split the hard-left vote and allow them to take control.

Ms Thornberry is one of Jeremy Corbyn’s closest parliamentary allies and she’s announced she will run to replace him as the Labour leader.

The shadow foreign secretary and MP for Islington South and Finsbury is a frequent critic of the Government’s Brexit strategy and is married to a High Court judge.

At the end of 2019, she criticised the Labour party’s failure to elect a female leader as she acknowledged she would be throwing her hat into the ring for the March race.

She told Good Morning Britain: “I think it’s getting a bit embarrassing that we have been going for more than 100 years and we are yet to have a leader of the Labour party that is a woman, but it’s up to the members to decide.

Ms Thornberry said the party’s recent election manifesto was a “huge wish-list” and they would never have been able to deliver on all of their promises.

“We couldn’t possibly have delivered it in five years,” she added.

Over the past two years the party has “lost its way” and “Jeremy was badly advised”, she stressed.

The politician also said Labour’s policies need to be “straightforward and clear”.

Am I able to vote?

All registered Labour members can vote – so if you’re singed up, you can cast your ballot.

Labour members choose their new leader via a one-member, one-vote system, with the party having about half a million members.

Prince Harry grins as he holds hands with Meghan Markle in Royal return –...

Here’s where you’re GUARANTEED to pick up a PS5 or Xbox Series X this...