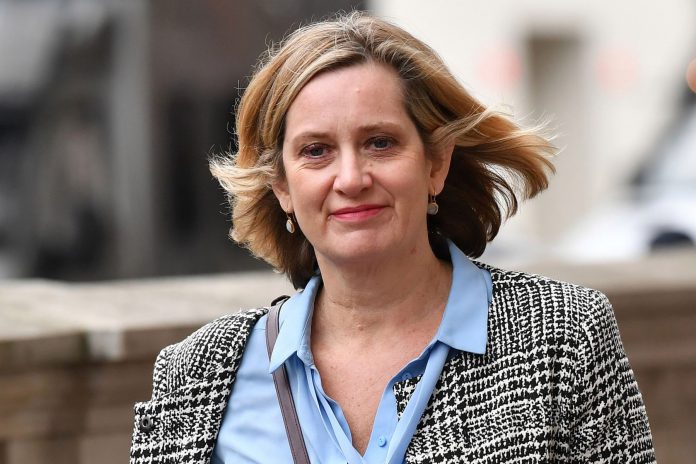 AMBER Rudd has announced she will not be standing the next election.

It comes months after she resigned from her position as Work and Pensions Secretary in Boris Johnson’s Cabinet over frustrations about Brexit. Here’s what we know about the 56-year-old MP.

Who is Amber Rudd?

Amber Rudd is a Conservative MP who served as Home Secretary from 2016 until April 2018.

She previously served as Energy and Climate Change Secretary.

Ms Ruddcampaigned for Britain to stay in the EU ahead of the 2016 Brexit vote.

Rudd was tipped to be a future Prime Minister following her quick rise through the ranks of the Conservative party, however these hopes were dashed when she resigned on April 29, 2018, as the Home Secretary over the Windrush scandal.

Rudd was re-elected in the 2017 General Election as the Tory MP for Hastings and Rye in south east England – where she only has a majority of 300.

Why is she not standing in the next election?

Rudd has said she won’t be standing at the next election, but said she wasn’t finished with politics.

She told the Evening Standard: “Im not finished with politics, Im just not standing at this election.

I spoke to the Prime Minister and had a good meeting with him a few days ago.

Im really confident of my position.

I will be leaving the House of Commons on perfectly good terms with the Prime Minister and I want him to succeed.

Why did she resign as the Work and Pensions Secretary?

Rudd said she could no longer stand by as good, loyal, moderate Conservatives are kicked out of the party.

In her resignation letter, Ms Rudd a staunch Remainer said she joined the Cabinet in good faith accepting that No Deal had to be on the table to help clinch improved departure terms.

But she wrote: “However, I no longer believe that leaving with a deal is the Governments main objective.”

She told the BBC there were no “formal negotiations” taking place with the EU, just “conversations”.

What has she said about Brexit?

Remainer Amber Rudd broke ranks with Theresa May over a second referendum – saying it was a “plausible” way through the the Brexit deadlock.

The former Work and Pensions Secretary became the first Cabinet Minister to suggest there “was an argument” for a People’s Vote.

Ms Ruddtold ITV’s Peston: “I don’t want a People’s Vote, or a referendum in general, but if Parliament absolutely failed to reach a consensus I could see there would be a plausible argument for it.”

She added: “Parliament has to reach a majority on how it’s going to leave the European Union.

“If it fails to do so then I can see the argument fortaking it back to the people.”

Rudd even suggested that Britain should join an EU halfway house if Mays Brexit deal fell through.

Coronavirus test makers ‘mystified’ by Matt Hancock’s vow to carry out 100,000 a day...

When are Coronation Street, Emmerdale, EastEnders and Hollyoaks on over Christmas and New Year?