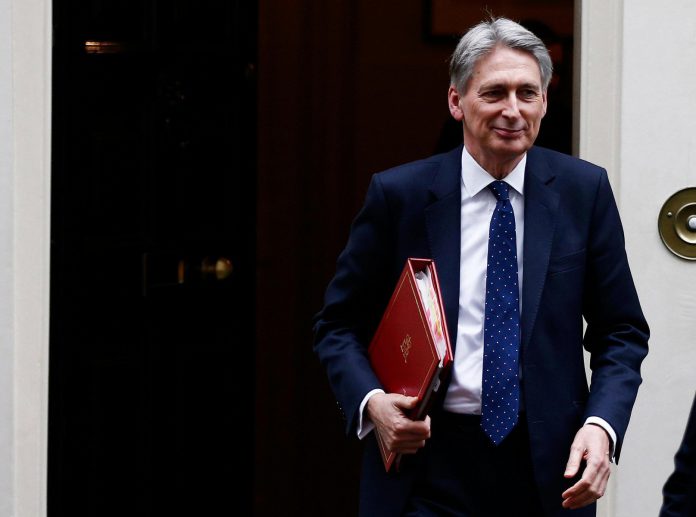 PHILIP Hammond is often viewed as a boring accountant obsessed with spreadsheets but the country’s top financier has had an exciting career.

From a schoolboy running church-hall discos to an Essex housing developer seizing an overlooked opportunity to make millions, here’s what you need to know about Hammond.

Hammond became Chancellor of the Exchequer on July 13, 2016

Who is Phillip Hammond and what’s his background?

Hammond was the Conservative MP for Runnymede and Weybridge in Surrey from 1997, but announced he will be stepping down as an MP on November 5.

He was appointed as Chancellor of the Exchequer by Theresa May on July 13, 2016, taking over from George Osborne.

Reports claim Hammond is the second richest serving MP with an estimated fortune of 8.2million.

While he earned 134,565 from his job, his wealth comes from the housing developer Castlemead which he and pal Tony Gregson set up in 1984.

The company reportedly took off after Hammond spotted an opportunity in the details of healthcare reforms, which allowed health authorities to commission new doctors’ surgeries.

Castlemead started building doctors’ surgeries within its housing developments, driving turnover from 44,000 in 1994 to more than 10million a decade later, reports the Financial Times.

The 63-year-old grew up in Epping, Essex, and attended Shenfield School in Brentwood before studying Philosophy, Politics and Economics at University College, Oxford, where he moved in the same social circles as May.

Journalist Andrew Gimson told Conservative Home that Hammond “has long sought to guard his privacy by appearing less interesting than he really is”.

Hammond married Susan Williams-Walker in 1991, meeting her when she was election agent for his friend and former colleague Lord Moynihan.

The pair have three children – Amy, Sophie and William – and live in Send, Surrey.

He wrote: “If Id somehow intuited, as I say, that this lanky 15-year-old with the questing, beaky nose and rimless glasses, this proto-goth, would one day be Chancellor of the Exchequer…Well, actually, I wouldnt have been remotely surprised.”

Hammond later laughed off the comments, and said goths “hadn’t been invented” in those days.

Another school pal Nina Stratford recalled drinking sherry with the teenager in his room before sharing a cheeky snog.

“Who’d have thought that Philip Hammond was such a good kisser?”, she told the Telegraph.

What has he said about a No Deal Brexit?

Phillip Hammond has publicly spoken out against a No Deal Brexit.

He told the BBC’s Andrew Marr Show he can’t sign up to Mr Johnson’s Brexit plans and will therefore step down shortly before Theresa May leaves office.

Boris Johnson promised to leave the EU on or before October 31 “no ifs, no buts” – even if that means crashing out without a deal.

He said: “I’m sure I’m not going to be sacked because I’m going to resign before we get to that point.

“Assuming that Boris Johnson becomes the next Prime Minister, I understand the conditions for serving in his Cabinet will include accepting a No Deal exit on October 31, and it’s not something that I could ever sign up to.

“All the pollsters, all the bookmakers suggest that Boris Johnson is going to win – the question is by how much.”

However, a video has recently resurfaced online of Hammond seems to endorse a No Deal.

The video, republished today, August 15 by Guido Fawkes, shows the MP in 2016 saying: Lets look for a moment now at the default option – the World Trade Organisation rules, which is where we will end up if we leave the EU without a deal agreed.

“For anyone who wants to ensure a clean break with the EU, the WTO is the only honest model.

The video resurfaced on the same day the former Chancellor warned a no deal Brexit would be a betrayal of what Britons voted for in the 2016 EU referendum.

Why did Phillip Hammond resign as Chancellor of the Exchequer?

Hammond announced on July 21, he would resigned as the Chancellor if Boris Johnson becomes the next Prime Minister.

He said he would quit before PMQs if Bojo secures the top job in the UK – which he subsequently did.

The day before his bombshell announcement on July 20, he was seen packing his bags and leaving Downing Street.

The Chancellor – whose official resident is at 11 Downing Street – was seen loading suitcases into the back of a car ahead of what are almost certainly his final days in the job.

A quarter of Brits worried ban on BOGOF offers will mean they can’t afford...

Queen Elizabeth funeral news latest – Prince Harry and Meghan ‘to return to US...

Nine in 10 Brits will continue to do most of their shopping online when...