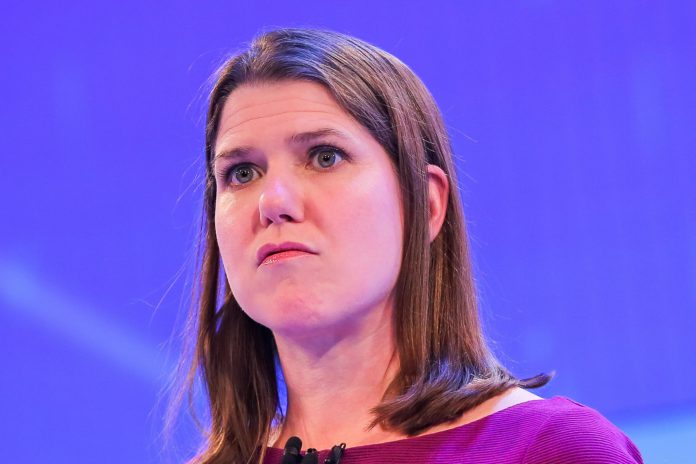 TWO judges ruled that there was “no breach of the Broadcasting Code” by leaving Lib Dem leader, Jo Swinson and SNP’s Nicola Sturgeon out of tonight’s General Election debate on ITV.

This means Corbyn and Johnson will go head-to-head as planned – but why weren’t the Lib Dems included? Here’s everything you need to know.

Why is Jo Swinson not included in the head-to-head debates?

The Liberal Democrats launched a legal challenge over ITV’s decision to exclude leader Jo Swinsonfrom the debate between Jeremy Corbyn and Boris Johnson, and are reportedly considering doing the same against the BBC.

Although the TV giant didn’t offer up a solid reason for the Lib Dem leader’s exclusion, they did say: ”

“This involves a wide range of programming, including a live debate programme in which seven party leaders are invited to take part, as well as a live debate between the Labour and Conservative leaders.” What happened after the Lib Dems’ legal challenge?

Two judges ruled there was “no arguable breach of the Broadcasting Code” by leaving her out, with the Lib Dems saying the court’s ruling was “incredibly disappointing.”

ITV’s lawyers had previously promised to pull the debate if officials found it unlawful.

Lord Justice Davis said: “The clear conclusion of both members of this court is that…these claims are not realistically arguable.

“It follows that the television debate…may lawfully go ahead.”

The Lib Dems and their legal team had argued that since Brexit is the “dominant” issue of the upcoming General Election on December 12, then excluding their party from the debate would “exclude” the “voice of remain.” Why did the Lib Dems complain?

Speaking outside the High Court after filing for a judicial review, party president Sal Brinton said: “People know more about where they stand on Brexit than for which party they will vote for.

“So it is vital for our democracy to have both sides of the Brexit debate represented at the top table of the leaders’ debates.”

In a letter earlier sent to ITV’s chief exec, she wrote: “Voters of this country deserve to hear from a Remainer on the debate stage, not just from the two men who want to deliver Brexit.

The Lib Dems have vowed to cancel Brexit if they win the election.

What happened with Nicola Sturgeon and the SNP?

The SNP’s lawyers Had argued their party represents a wide range of views, for instance Brexit and Scottish independence.

They said that these issues won’t be platformed during the debate between Johnson and Corbyn.

However, judges eventually ruled ITV had not broken any rules.