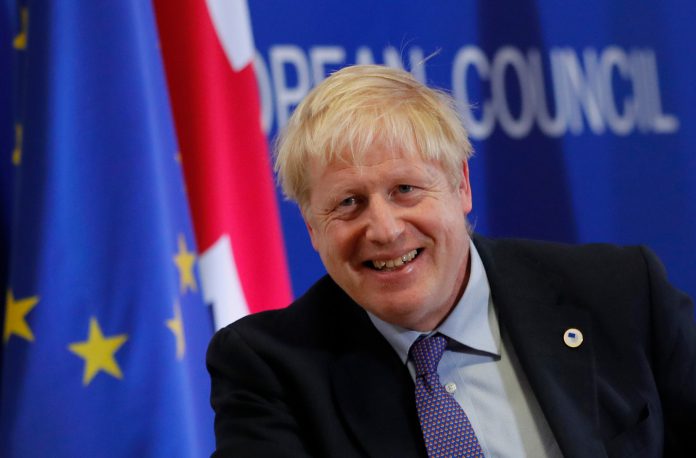 In a day of high-drama in the House of Commons in a historic Saturday sitting, MPs voted for the Tory rebel Sir Oliver Letwin’s wrecking amendment by 322 to 306.

The Remainer plot will kick Boris’ vote into the long grass for another day.

Boris will be forced to ask the EU for an extension until January 31, and it will delay a vote on the PM’s Brexit deal until ALL the legislation is done.

But immediately Boris insisted he would not talk to the EU about delaying Brexit.
He said: “I will not negotiate a delay with the EU and neither does the law compel me to do so.”
The PM was love-bombing MPs on a make-or-break day for Brexit, where they are sitting on a Saturday for the first time since the Falklands war in 1982.

The precise details of the new deal have yet to be explored, but ultimately it removes the risk of the UK being stuck in the customs union against its will, and gives Northern Ireland a veto on customs arrangements designed to avoid a hard border in Ireland.

The European Commission has published the full details of Boris Johnson’s deal.

You can find the revised Withdrawal Agreementhere.

This is a non-binding document which sets out the future relationship between the UK and the EU.

Northern leaders urge government to splash out £5 billion on transport projects up north...