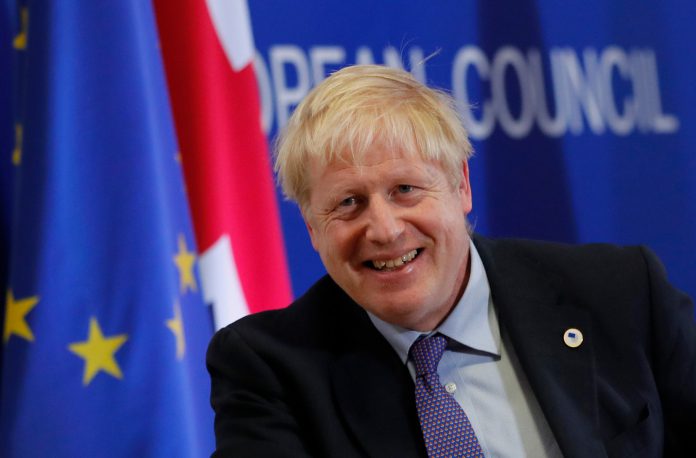 IT’S been less than 24 hours since Boris Johnson’s new Brexit deal was agreed to by EU chiefs.

But will MPs accept the deal and what are the latest odds of that happening? Here’s the latest.

Boris Johnson is embarking on a 24-hour charm offensive to sell his great new Brexit deal, with 10 Labour rebels set to back him according to reports.

The PM faces a race against time ahead of Saturdays showdown in the Commons after the DUP vowed to vote down his agreement.

Hardline Tory Brexiteers are lettingMr Johnsonsweat over whether they will vote his Brexit plan but the government is confident theycan win the majority of the 28 Spartans round.

The PM has also left the door open to restoring the whip to the 21 ex-Tory MPs he sacked last month for backing the Brexit-delaying Benn Act in another bid to boost his numbers.

Foreign Secretary Dominic Raab today refused to say if Conservatives voting against the deal would have the whip removed.

However, he also needs the support of Labour Brexiteers – with 10 ready to enrage Jeremy Corbyn by pushing the deal through, theHuffington Postreports. What are the latest odds?

Leading bookmaker Coral makes it odds on, at 8-11, that MPs vote to accept the Withdrawal Agreement in the House of Commons vote on Saturday.

It is evens that they vote to reject it.

Coral’s Harry Aitkenhead said: “It is going to be touch and go as to whether Boris can convince enough MPs to back his deal but the early indications from a betting point of view are that he might just manage it.

“We make it odds on that the deal is accepted.”

Meanwhile 2020 is now the favourite, at 4-5, in the betting for the year of the next General Election.

An election this year has drifted out to 11-8.

Aitkenhead added: “We now make 2020 the clear favourite in the betting for the next General Election and hopes of one taking place this year are fading by the week.”

The precise details of the new deal have yet to be explored, but ultimately it removes the risk of the UK being stuck in the customs union against its will, and gives Northern Ireland a veto on customs arrangements designed to avoid a hard border in Ireland.

The European Commission has published the full details of Boris Johnson’s deal.

You can find the revised Withdrawal Agreementhere.

This is a non-binding document which sets out the future relationship between the UK and the EU.

Ex-EastEnders star Tamzin Outhwaite, 49, opens up about her sexy workouts with her toyboy...

Brexit: Live updates as Boris Johnson set to tell MPs he will try to...

Labour branded the racist party by one of its own MPs Ruth Smeeth in...

Nadine Coyle is gaining illegal Im A Celebrity votes from fans to stay in...