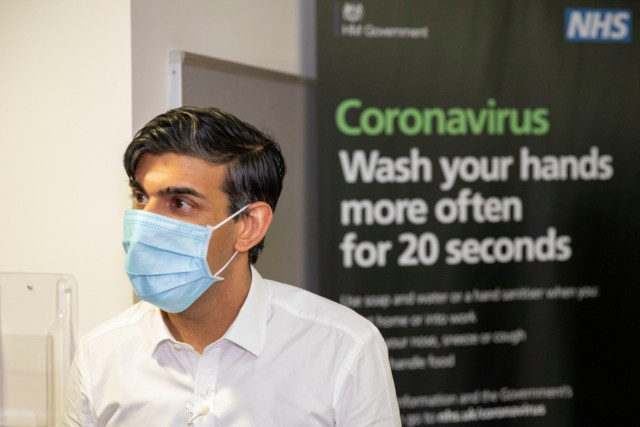 WORKING from home WON’T become the new normal and people will return to offices, Rishi Sunak has vowed.

The Chancellor said he was “desperate” for people return to workplaces to restore the “buzz, the vitality and the creativity” of cities.

Speaking to City A.M., Mr Sunak said: “I think its just so sad the past few months, when you walk around London and it would be the same in many cities, and you see what has happened and the life has disappeared.”

“The buzz, the vitality and then all the creativity that happens in all those cities is missing, and I think that’s tragic.

“I’m desperate for that to come back and I’m a big believer that it will.”

The Chancellor said that Brits will want to return to workplaces as Covid restrictions are relaxed because people “crave that (social) interaction.”

“I think all of (the office culture) will come back and it’s a good thing that it does, because it makes our lives richer and our cities greater engines of economic growth,” Mr Sunak said.

During the summer, when Covid cases plummeted, the PM began a massive push for people to return to the office.

But many of his calls fell on deaf ears, with cities still largely empty and employees resisting the return of the office.

Even in the heart of Westminster, as many as 97 per cent of civil servants want to be able to work from home after the coronavirus crisis, according to a survey by the FDA union.

A third said they wanted to work from home for at least three days a week.

Seven in ten claimed they worked more hours while at home, with a third working at least five additional hours each week.

And last week, accountancy firm Deloitte warned as many a quarter of Brits could end up working from home for good.

Almost every chief financial officer surveyed by Deloitte said they expected more flexible and home working in the long term. First look as Megan McKenna takes to The X Factor: Celebrity stage along with...