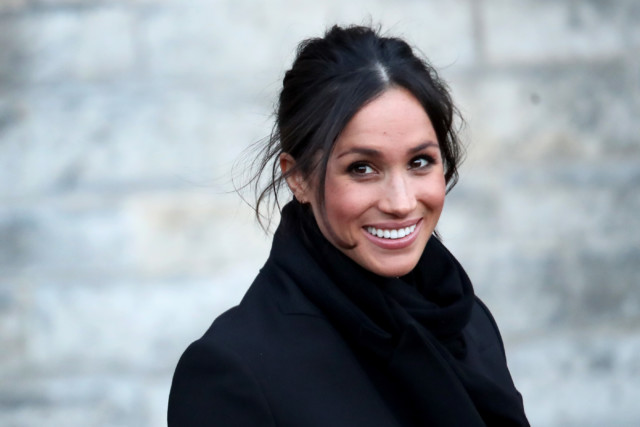 The Duchess of Sussex, 40, is at the centre of a string of accusations that if true, could seriously undermine her privacy case.

A string of bombshell claims emerged in court today

Fresh court documents were revealed today at the High Court where the Mail on Sunday are appealing against Meghan’s privacy win.

Meghan sensationally won the row in February after it published extracts of a handwritten note to her dad Thomas Markle.

These are the most explosive claims made in court today…

Meghan has always denied any involvement in the creation of Finding Freedom.

Billed as an unauthorised biography, authors Omid Scobie and Caroyln Durand explored Meghan and Harry’s marriage and their split from the royal family.

But the couple’s former communications secretary Jason Knauf claimed in his witness statement they “authorised specific cooperation in writing in December 2018” to the book’s authors.

He said “the book was discussed directly with the Duchess multiple times in person and over email”.

But Mr Knauf said as far as he knows neither Harry or Meghan met directly with the authors during his time as press secretary.

In his statement he said: “While the authors – both experienced Royal journalists involved in day-to-day reporting on the Royal Family – discussed it with me as part of normal contact with the Kensington Palace press office, the Duke and Duchess later authorised specific cooperation in writing in December 2018.”

Adding further weight to claims Meghan had co-operated with the Finding Freedom authors, Mr Knauf said he met with Scobie and Durand.

He claimed this was to discuss the “briefing points” Meghan wanted him to share with the authors.

As set out in his witness statement, these included:

Mr Knauf also claimed in his court papers that Harry had text him ahead of the meeting with the Finding Freedom authors with his own ideas.

He said he advised the couple putting Scobie and Durand in touch with the Duchess’s friends was “not a good idea”, telling them: “Being able to say hand on heart that we did not facilitate access will be important.”

Harry said he agreed with Mr Knauf’s plan and later sent an email outlining what the aide could say.

The document says Harry wrote: “Also, are u planning on giving them a rough idea of what she’s been through over the last 2yrs? Media onslaught, cyber bullying on a different scale, puppeteering Thomas Markle etc etc etc.

“Even if they choose not to use it, they should hear what it was like from someone who was in the thick of it.

Harry responded: “Oh how I hope they report on it properly. Good luck!”

In her own court documents, Meghan accused senior royals of putting pressure on her and Prince Harry to stop her dad’s attacks.

She suggested the family only became concerned over the “public attacks” when Mr Markle began to criticise them.

Meghan writes: “I was especially sensitive to this as I had very recently married into the family and was eager to please them.

“It is correct that … the situation was putting significant pressure on my husband, both externally and by his family, and I felt strongly that I needed to do something about it.

“I felt that, even if my attempt to stop my father talking to the media failed, at least my husband would be able to say to his family that I had done everything I could to stop it.”

As the attacks became more prominent, Meghan said she was told by a Palace aide she should fly to Mexico and meet Mr Markle in person.

But she says in the witness statement: “It seemed to me, however, that, even had I
wanted to, it was completely unrealistic to think that I could fly discreetly to Mexico, arrive unannounced on his doorstep…to a location and residence I had never visited or known in a small border town that had been descended upon by the press, and somehow hope to speak privately to my father without causing a frenzy of media attention and intrusion that could bring yet more embarrassment to the Royal Family.”

Instead, she reignited the discussion over how to “deal with the concern surrounding” her dad and “his dealings with the media” while visiting a senior royal named as B.

Meghan said: “While my husband and I were sitting with Senior Member B, I was told that Senior Member A was on the telephone and wished to speak to me.

“The telephone was passed to me and we had a discussion about the situation in the presence of Senior Member B and my husband.

“Once the call ended, we continued discussions with Senior Member B, and it was only after these discussions, and in accordance with the advice that I received from the two senior family members, as stated in my Re-Amended Reply, I decided, that I would write a letter to my father.”

It was previously claimed by her lawyers in court she sent her estranged father the “heartfelt” five-page letter in 2018 after they reached “breaking point”.

Meghan deliberately called Mr Markle “daddy” in the handwritten letter as she believed it would “pull at the heartstrings” if the public saw it.

Mr Knauf outlined how the Duchess said she had been “meticulous” in her wording in the private letter as she had “obviously” written it “with the understanding that it could be leaked”.

Meghan claims in her statement she did not think it was likely to reach the public but recognised it was a “possibility”.

Mr Knauf also claimed Meghan messaged him with an electronic draft of the letter where she asked if anything stood out as a “liability”.

The papers read: “She also asked a specific question regarding addressing Mr Markle as ‘Daddy’ in the letter, saying ‘given I’ve only ever called him daddy it may make sense to open as such (despite him being less than paternal), and in the unfortunate event that it leaked it would pull at the heartstrings.”

“Cathartic and real and honest and factual. And if he leaks it then that’s on his conscience.

“And at least the world will know the truth, words I could never voice.”

Meghan apologised in her witness statement for failing to remember she authorised Mr Knauf to brief the authors.

She said: “I apologise to the Court for the fact that I had not remembered these exchanges at the time.

“I had absolutely no wish or intention to mislead the Defendant or the Court.”

She claimed had she known about the emails she would have been “more than happy to refer to them” as “strongly” supporting of her case.

She wrote: “Not only do I refer to the background information shared with Mr Knauf as ‘reminders’, as much of it was information that he had already requested of me dating back to 2016 when he had asked me for a timeline relating to my family to enable him to engage with the media on enquiries, it is also a far cry from the very detailed personal information that the Defendant alleges that I wanted or permitted to put into the public domain.” Meghan said she knew the letter to her dad could leak Meghan also came up with a list of briefing points