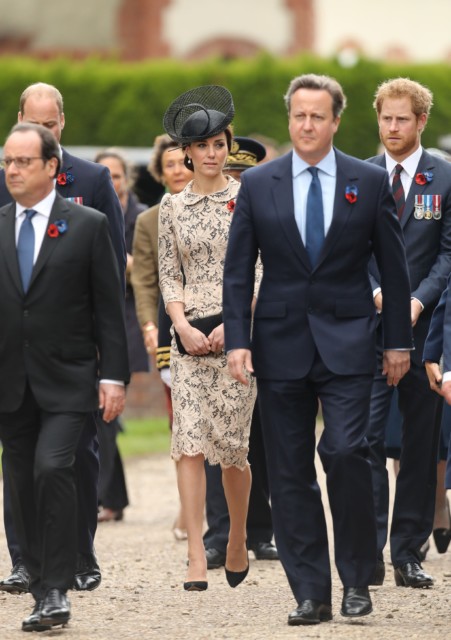 KATE MIDDLETON has been out celebrating the Queen’s Platinum Jubilee today.

But it’s this throwback photo that has everyone wondering if the Duchess of Cambridge can defy gravity.

The image was taken back in 2016 at the 100th anniversary commemorations of the Somme WWI battles.

The optical illusion has people stunned, as it looks like Kate is genuinely floating in the air.

But not all is as it seems.

While it may leave you scratching your head wondering what is going on – there’s a simple reason as to why it looks like the Duchess of Cambridge is levitating. Mind-boggling optical illusion says lots about you- so are YOU a natural leader?

David Cameron’s feet placed in front of hers skew the perspective.

It makes it seem as those Kate is floating above, when she is actually just walking behind.

A lack of shadow in the photo also contributes to the effect, reports the Metro.

So it seems the photo isn’t evidence of a miracle – but it still leaves you feeling baffled.

An optical illusion of the Queen has also been released to celebrate her Platinum Jubilee.

The illusion requests you to look at a black and white image of the queen for one minute.

When you look away it appears as if the queen is right in front of you in full colour. The image from another angle

Princess Beatrices wedding will not be shown live on BBC after toxic Prince Andrews...

The Masked Singer final sees all 12 characters perform together before Hedgehog, Octopus and...