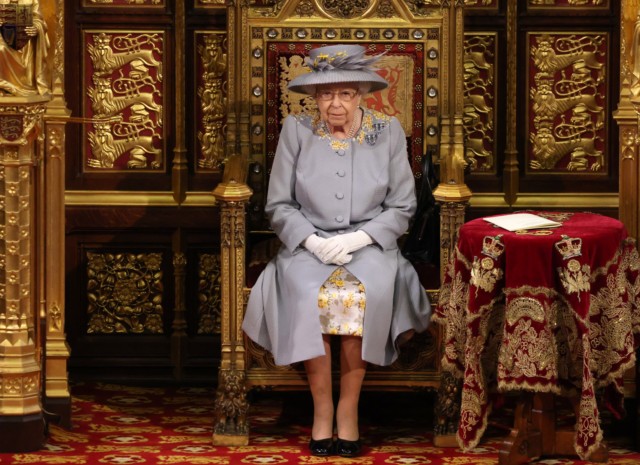 BORIS Johnson will today try to pull his embattled premiership back on track with a blizzard of promises in the Queen’s Speech.

The PM will use the ceremony to light a bonfire of Brexit red tape and drive forward his levelling up agenda after months of distraction.

The Queen’s Speech sets out the government’s agenda for the year. However, Her Majesty will not attend the State Opening of Parliament this year
Boris Johnson will attempt to reset his premiership today

The monarch, 95, will not attend the State Opening of Parliament for the first time in six decades.

Her Majesty, 96, made the tough decision not to attend due to her difficulties walking.

Prince Charles, 72, is set to stand in for his mother at Parliament, following a conversation between the Queen and her aides.

The monarch has missed only two state openings — in 1959 and 1963, when she was pregnant with the future princes Andrew and Edward. I got naked for Gazza, it was the best experience of my life, says stripper

Although the Head of State reads the speech in the House of Lords, it is actually written by Downing Street and includes a raft of bills.

Some of the contents is always trailed in advance – here’s what else we can expect to be included so far:

New measures in the Brexit Freedoms Bill will let the government axe remaining Brussels regs without a full vote in Parliament.

Jacob Rees-Mogg has asked Sun readers to write to him with annoying EU laws they would like to see binned.

A package of measures to wrestle powers from EU judges will be introduced.

He vowed to also kick back against creeping privacy laws threatening to freedom of speech.

Nadine Dorries’ controversial plan to privatise Channel 4 is expected to be included in legislation.

Residents will be given a say over any new regeneration in their communities to strip powers away from greedy developers.

There will also be requirement for owners of empty properties to rent them out.

Renters will finally be given rights against shameless landlords chucking them out for no reason.

The long-awaited protections against “no fault” evictions are expected to appear in tomorrow’s Queen’s Speech.

Currently landlords can send their tenants packing with eight weeks notice without any explanation.

A major schools shake-up will be formally announced tomorrow to crack down on kids missing classes.

The Queen’s Speech will include a requirement for teachers to publish an attendance plan on their website to get rates up.

Separately a national register will also be created of children not in full-time education or who are home-schooled.

Did you miss our previous article…
https://www.hellofaread.com/royal/meghan-markle-trampled-on-others-to-get-to-the-top-like-a-politician-her-biographer-claims/

Dog show slammed for going ahead OUTSIDE in un-air conditioned marquees during 35C heatwave...

Prince Harry warned that Charles’ ‘patience will run out’ if he continues to ‘attack...

Fuming I’m A Celeb camp slams Matt Hancock as he refuses to wash his...