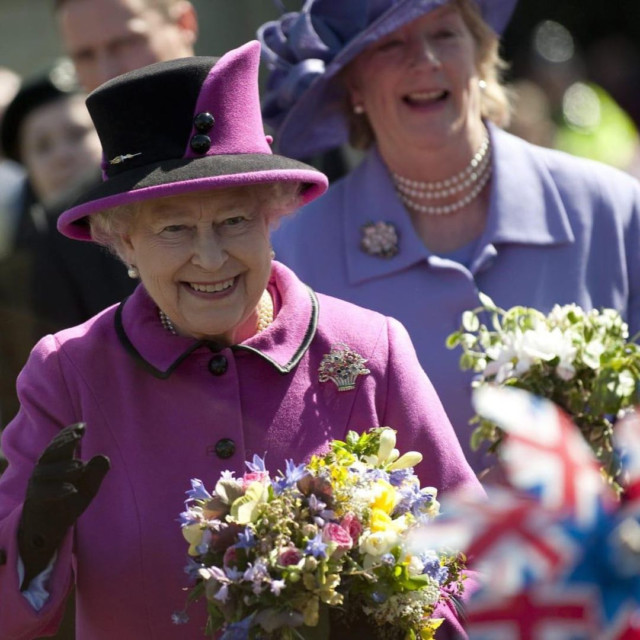 BRITS will be treated to a live concert staged at Buckingham Palace next summer to mark the Queen’s Platinum Jubilee.

Her Majesty, 95, will enjoy a four-day bonanza to mark her 70th year on the throne, including a special celebration involving 1,400 parading soldiers, 200 horses and 400 musicians.

The Queen will celebrate 70 years on the throne next June The ‘Platinum Party at the Palace’ will be aired and broadcast live by the BBC featuring some of the world’s biggest entertainment stars.

It will be broadcast all over the world, live from The Queen’s central London residence, with tickets available to members of the public.

People will be able to apply for tickets in a ballot to attend the special one-off concert to mark Her Majesty’s 70 years as monarch.

Details of the ballot for UK residents to try and secure tickets to the special event will be announced closer to the time.

A palace spokesperson said the event “will bring together some of the world’s biggest entertainment stars to celebrate the most significant and joyous moments from The Queen’s seven-decade reign”. A series of ‘spectacular, showstopping moments’ is expected to mark the occasion At the concert in 2012 there were 10,000 tickets made available to the public with a balloting system – with 1.2million applying.

A further 500,000 or so people watched the concert on giant TV screens in The Mall and local parks.

Robbie Williams, Sir Elton John, Dame Shirley Bassey and Kylie Minogue were some of the star studded names to perform in 2012.

Madness was given the honour of performing on the roof of Buckingham Palace, similar to Queen in 2002 who played the National Anthem.

The Queen will also enjoy The Derby at Epsom Downs with members of the Royal Family and a live concert at Buckingham Palace involving “some of the world’s biggest entertainment stars”.

It is the first time any British monarch has reached this historic milestone and the Palace today revealed that it will be celebrated in style.

The government had already hinted that Brits will be treated to a four-day weekend from June 2 to June 5 2022 to mark the special occasion.

But the Palace today confirmed the extra days off, which will “provide an opportunity for communities and people to come together and celebrate the historic milestone”.

The May Bank Holiday Weekend – which usually falls at the end of the month – will be moved to Thursday June 2 for Her Majesty’s 70th year on the throne.

The weekend will then be extended with an extra day off on Friday, June 3.

And workers can take advantage of a special loophole which means they will get NINE days off work in a row if they book just three days’ worth of holiday.

More than 5,000 people are expected to flock the streets outside Buckingham Palace to honour her reign with a carnival celebrating the arts, theatre, music, circus and costume.

The Palace also revealed the Queen and members of the Royal Family will spend the next 12 months travelling around the country to undertake a variety of engagements to mark the historic occasion.

This will finish with the focal point of the Platinum Jubilee Weekend in June – one year from today.

Parents to find out if schools will open after half term next week as...

Death forecast used to justify national lockdown is based on old stats and may...

Boris Johnson gets his booster jab as he expands rollout to beat Omicron and...