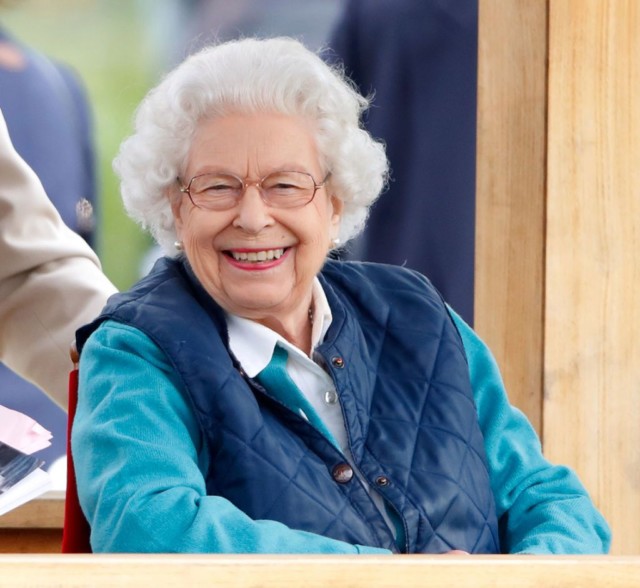 A ROYAL AID has told how a group of clueless American tourists didn’t recognise the Queen when visiting her holiday home in Balmoral.

Queen Elizabeth II is currently on holiday at Balmoral where she famously enjoys a low-profile lifestyle including taking picnics, walking her dogs and swapping the coloured fits for tweeds and head scarfs.

Her Royal Highness is on holiday at Balmoral

As she enjoys her time in her favourite holiday home, one member of staff recalls that her disguise was so convincing, a group of American tourists failed to recognise her.

Richard Griffin revealed the story in the Times saying the Queen once came across the group whilst walking on her Scottish estate.

He said the tourists asked if she lived in the area, and she replied that she had a house nearby.

When they asked her if she’d ever met the Queen, Richard said she replied: “No, but this policeman has,” gesturing towards him.

The former officer – who’s worked with the Royal Family for over 30 years – said the group then left not realising who they had just met.

The Queen usually spends her summers at the Scottish retreat – arriving there in August and sometimes staying until October.

This year will mark the Queen’s first summer visit to Balmoral without her husband Prince Philip, who died in April.

It was a special place to the couple and is where she and Prince Philip spent part of their honeymoon in 1947.

However, it is unlikely she will spend much time on her own there as enjoys hosting members of her family every summer.

EastEnders’ Jessie Wallace shows off new Elvis tattoo – but it looks just like...

Meghan Markle sobs on the floor as the Queen scolds Prince Harry and William...