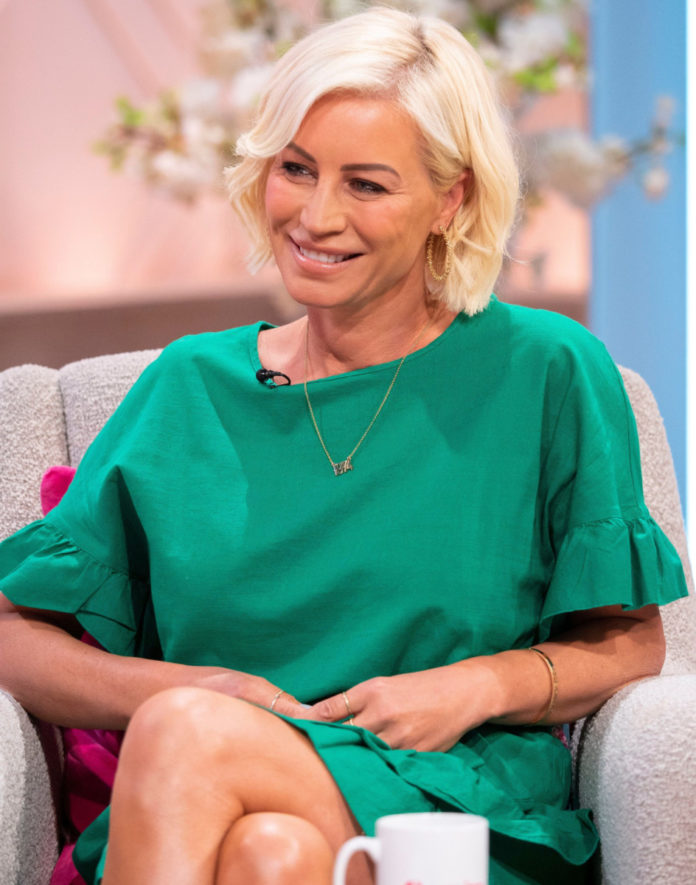 GETTING an invite to Buckingham Palace to meet the Queen is a once-in-a-lifetime moment for most people – even celebrities.

Denise van Outen once attended a reception at Buckingham Palace while working as a host on Channel 4’s The Big Breakfast show.

Honoured by The Queen‘s invite to the palace in 1998, the up-and-coming actress decided she’d take a souvenir with her when she left – namely an antique ashtray and tissue holder.

Apologising for her lapse in judgement on the morning show, the then 23-year-old said: “I am really sorry. It was just a bit of fun.”

Not only did Denise return the two priceless items – but she also sent The Queen a rather unique gift to say sorry.

According to BBC News, the former Loose Women panellist posted a toy camel she’d bought in Tunisia to Her Majesty.

Explaining her unusual choice of gift, Denise reportedly sent a note reading: “Sorry, Ma’am. I didn’t mean to give you the hump.”

A Buckingham Palace spokeswoman said at the time: “The vast majority of guests don’t take anything away as a souvenir.

“We get nearly 50,000 visitors a year and if they all took souvenirs there wouldn’t be much left!”

In more Royal Family news, Prince Harry is ‘concerned’ about The Queen as he and Meghan Markle self-isolate in Canadian mansion.

And this is the awkward moment The Queen doesn’t recognise a painting of her and her father.

Plus The Queen has her own poet who she pays with 720 bottles of sherry when they are appointed.

Brits should prepare for ‘no dramatic change’ to lockdown as minister warns them to...

Grant Shapps ‘furious’ with anyone who broke lockdown rules & admits ‘mistakes were made’...

Meghan Markles estranged dad Thomas, 75, tells of his devastation at his daughter and...