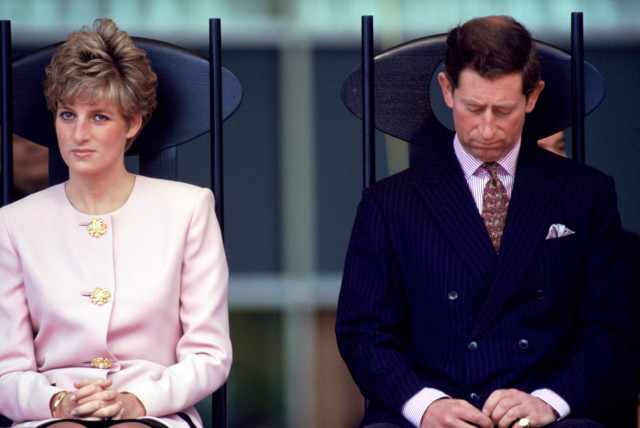 PRINCESS Diana said Charles should step aside and let William succeed the Queen, a new documentary has revealed.

Diana also described her “hatred” for Prince Charles and said their marriage was “hell from day one”.

Princess Diana said Charles should step aside and let William succeed the Queen, a documentary has revealed The Princess made the incendiary claim that Charles was not fit for the throne during an interview with Daily Telegraph Editor Sir Max Hastings.

Their conversation came before her infamous interview with Martin Bashir on BBC’s Panorama in 1995, when she made bombshell claims about her husband’s alleged infidelity, saying “there were three of us in this marriage so it was a bit crowded”.

Sir Max decided to “keep a lid” on their conversation but it has finally been revealed 25 years later in Diana: The Truth Behind the Interview.

The journalist told the Channel 4 documentary: “I spent the best part of a couple of hours with Diana and she put on a wonderful show. It was absolutely gripping stuff.

“It became clear first of all how much she hated Charles… yes, she did hate Charles.

“When I said ‘were there ever happy times?’, she said ‘no, the marriage was hell from day one’.

“I was amazed by the frankness and the directness with which she said that.

“She said that all she cared about was William’s succession to the throne and she said to me, quite explicitly, ‘I don’t think Charles can do it”.

“The outcome she wanted to see was for Charles to stand aside as heir… and for William to occupy the throne.

“This was pretty dynamic stuff.”

But despite Sir Max refusing to reveal royal secrets, the Princess bared all to Panorama a few weeks later. The Channel 4 documentary asks fresh questions over whether Bashir secured his interview by referring to bank statements later questioned as genuine and exploiting Diana’s fears of being watched by the secret service.

Former BBC Director-General John Birt wrote in his memoirs that Bashir had “been introduced to a former member of the intelligence services who claimed Diana’s private apartments in Kensington Palace were bugged”.

He gained access to Diana via her brother, Earl Spencer, who was reportedly receptive to talking about the media following a number of leaks about his own private life.

It has now been revealed that, during their discussions, Bashir produced two bank statements which seemed to confirm the Earl had been betrayed by a former senior employee.

They showed payments worth £10,500 from two companies.

It was later claimed these statements were forgeries, exposed by the freelance graphic artist who created them a few weeks before the interview.

He came forward after the Panorama programme aired.

He added: “The suggestion of criminal activity is a serious allegation, but, in these circumstances, a risible one.

“A handwritten note from Princess Diana attested to the fact the princess had not seen the ‘mocked-up’ bank statements and that they played no part in her decision to give the interview.”

Mr Bashir is currently “‘is seriously unwell with Covid-related complications and we cannot put any of these questions to him”, the spokesman added.