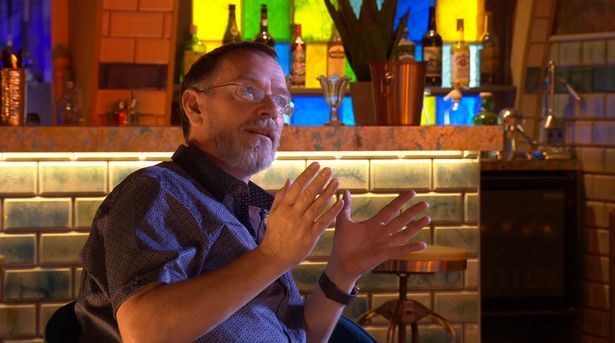 EASTENDERS star Adam Woodyatt has teased that Ian Beale faces financial hardship after buying the Queen Vic for Sharon ‘out of guilt’.

The actor made the suggestion while discussing the show alongside Letitia Dean (Sharon) and Stacey Dooley on Secrets from the Square.

“He’s got a soft spot for Sharon, and he feels guilty,” said Adam trying to explain Ian’s actions.

“He feels guilty, he’s done it out of guilt and there is probably going to be financial ramifications with lockdown, any money Ian thought he had to buy the Vic, he’s not going to have much of going forward.

“I have had that hinted at, there’s so much uncertainty, we don’t know.” He stepped in to help Sharon buy the pub

The actor went on: “It’s going to be that way with our scripts as well, it’s going to have to somehow evolve as we are gong along, because do we know what world we are going to be in September?

Regular viewers will know that Ian was to blame for the death of Sharon’s son Dennis, after he locked him in the room of a sinking boat.

When asked how Sharon will react once she finds out, Letitia said: “I think she will be absolutely devastated.” Sharon is the new landlady

But Adam added: “Or does Ian manage to worm his way out of it by justifying it in some way or spinning another lie?”

Currently, the BBC is airing an iconic vintage episode of the soap once a week, as well as a behind-the-scenes series, Secrets from the Square.

We pay for videos too. Click here to upload yours.