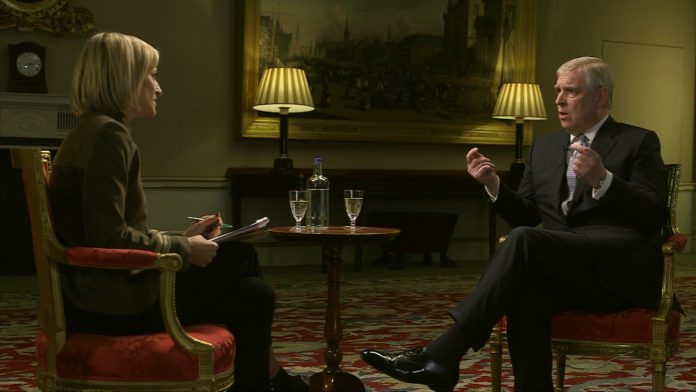 EMILY MAITLIS has revealed she knew Prince Andrew’s BBC interview was a disaster for him when he said he didn’t regret his friendship with Jeffrey Epstein.

The Newsnight anchor grilled the Duke Of York over his relationship with his paedophile pal in last month’s interview, seen as a car crash for Andrew.

Writing in The Guardian, she described the disgraced Duke as “unleashed” during the 45-minute-long interview.

When Ms Maitlis asked Andrew, 59, if he regretted his whole friendship with Epstein he replied: Still not.”

Ms Maitlis wrote: “It was such a candid admission, such a bald refusal to play the game with any wider apology or regret.

“It would become the pivotal moment of the entire hour. This is a man a prince who did not come to repent.

“He came to earn back his right to tell the story his way.”

During the bombshell interview Prince Andrew denied sleeping with Virginia Giuffre, one of Epstein’s victims, on three separate occasions, twice while she was underage.

He said one encounter in 2001 didn’t happen as he spent the day with his daughter Princess Beatrice, taking her to Pizza Express in Woking for a party.

Ms Maitlis, who revealed the Newsnight interview was months in the making, said under-fire Andrew saw it as a chance to give his side of the story.

She added: “Andrew was unleashed. Unstoppable.

“After a decade of silent frustration, he wanted to tell me everything.

“He paused being a royal and found his voice.”

After the interview Andrew was “charming, and even more relaxed”, the BBC presenter said.

Andrew was stripped of all royal duties shortly after it was broadcast.

This week, HOAR revealed Andrew decided to miss his own daughters engagement partyforfear of embarrassment or abuse from celebrity attendees.

The Duke of York stayed away from the star-studded bash for Princess Beatrice, which was held in London.

The party took place at showbiz hotspot Chiltern Firehouse to celebrate Beatrices engagement to property developer Edoardo Mapelli Mozzi, which was announced in September just one month after Epstein was found dead in his prison cell.

Celeb friends such as James Blunt, Pippa Middleton and Dexter Fletcher all attended.

Andrew attended the Queens Christmas lunch on Wednesday with other senior members of the royal family, as well as a staff party at Buckingham Palace on Monday.

Fergie, mother of the soon-to-be bride, arrived at her daughter’s party dressed all in black

Love Island’s Luke Mabbott shocks fans with his huge bulge as he pulls down...

Dominic Raab went on holiday 2 weeks after his own officials warned of Taliban...