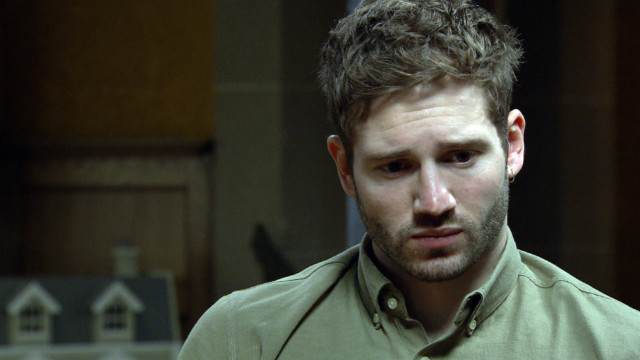 JAMIE Tate turns on Kim after she threatens to cut him off next week in Emmerdale.

Kim – who is played by Claire King – is on a mission to get rid of Jamie’s love interest Dawn.

And next week the Queen of Home Farm will make a calculating move after pregnant Gabby tells her that Jamie is still romancing Dawn.

Gabby will watch from afar as Jamie and Dawn admit their feelings for each other and kiss.

Later, Gabby confronts Jamie and asks him why he’s pretending to care about her while dating Dawn behind her back.

Eventually the penny drops and Gabby realises that Jamie has been trying to keep her on side while persuading her to abort the baby.

Kim reminds Jamie he’s nothing without her

Rushing off, Gabby starts to feel dizzy and stumbles, clutching her stomach and passing out.

Later, Dawn is disgusted when Kim tells her Jamie has been manipulating Gabby into having an abortion, but agrees to give him one last chance if he’s honest to her.

Kim watches on and fumes, hatching a plan to break them apart for good.

Later, viewers will see Kim spike Dawn’s drink at the pub, knowing she has a meeting with her social worker about regaining custody of Lucas.

Later, Jamie threatens to move out of Home Farm.

Kim tells him he would have nothing without her and Jamie eventually backs down.

How many chapters are there in God of War Ragnarök?

EastEnders’ Sharon is only pretending to forgive Phil to get the Queen Vic say...