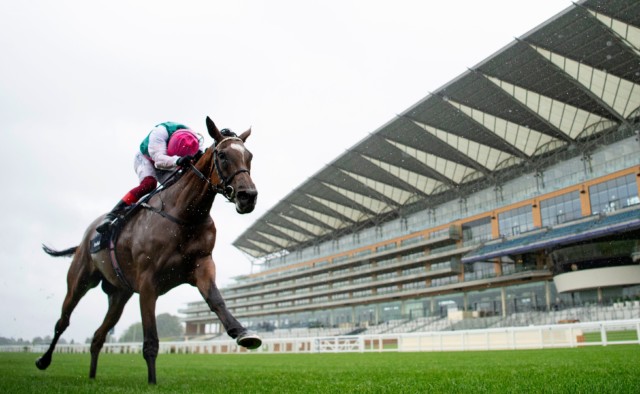 ENABLE’S crown is back in its place as she landed a record-breaking third King George at Ascot.

‘The Queen’ had been beaten on her past two starts, and her reign at the top of the sport had started to slip.

But she was back to her imperious best. Frankie Dettori was merely a passenger as she cruised home by five lengths from the Aidan O’Brien challenge of Sovereign and Japan.

It was a seventh King George for Dettori, as he equalled Lester Piggot’s long-standing record.

Dettori treated the winners’ enclosure to a trademark flying dismount after declaring ‘she’s back!’

An Irish Derby and Juddmonte International winner were simply no match for the six-year-old.

Just like her jockey, she’s certainly not losing it as the years roll on.

Katie Price takes brutal swipe at this year’s I’m A Celebrity and brands it...